The 31-year-old who is alleged to have lost her memory was reportedly deported from Oman. She arrived in Nigeria onboard an Emirates airplane with passport number A10173960. 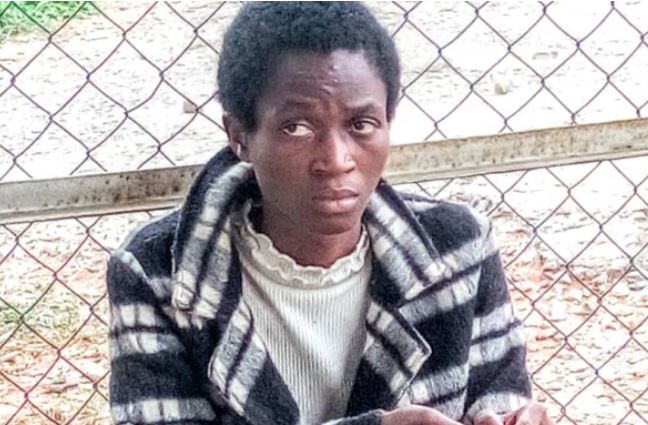 Funmilayo Victoria Fehintola, a Nigerian lady has been found roaming at the international wing of the Murtala Muhammad Airport in Lagos, The PUNCH reports.

The 31-year-old who is alleged to have lost her memory was reportedly deported from Oman. She arrived in Nigeria onboard an Emirates airplane with passport number A10173960.

Her documents show that she left Nigeria for the Middle East on February 29, 2019.

Daily Trust reported that a good Samaritan and cargo agent at the airport, Mr. Thompson Oladapo, who has been catering for Funmilayo’s upkeep for a week, said the lady hardly responds to inquiries from people who attempt to assist her locate her family.

According to him, the lady alleged that she was injected with substance unknown to her in Oman before she was bundled into the aircraft she boarded to Lagos.

Also her document showed that she received her certificate for negative PCR status for travel purpose on the 10th of March, 2021 from Salalah Al Gharbia Health Center in Oman while the certificate was signed by Dr. Salih Al Azawi and the Consultant was Ahmed Abdul Wahab Ahmed Mohd.

Also, another document issued by the Dubai Health Authority via the AMC Family Medicine DXB Concourse B certified by the facility Managing Director, Bisher Josef Alazzam, noted that “the patient is vitally stable, there is no obvious medical contraindication for travel at the time of discharge”.

The result was dated 11th of March 2021. Funmilayo travelled on Emirates airlines to Nigeria via Dubai. The result also indicated that the issue addressed was ‘abnormal behaviour’.

Her caregiver also disclosed that he visited Ibadan, on Tuesday March 16th to locate the address, No 2 Agisope, Muslim in the Oyo state capital as indicated in Funmilayo data provided by the immigration but no such place was found.

Mr. Thompson, however, appealed to members of the public to help locate the family members of the troubled lady to come to her aid and take her away from the premises of the airport as she currently sleeps on the walkway and inside buildings under construction at the terminal.