The woman was dragged for filth by other Twitter users following her insensitive comment on the bride's photo. 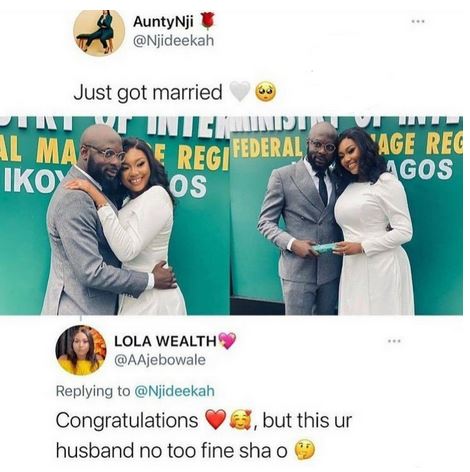 A Twitter user got more than what she bargained for after leaving an inappropriate comment on a bride's wedding photo.

The bride took to Twitter to share the wedding photos of herself and her husband with the caption, "Just got married."

Another woman took to the comment to write: "Congratulations, but this your husband no too fine sha o."

Twitter users also joined in calling out the troll; 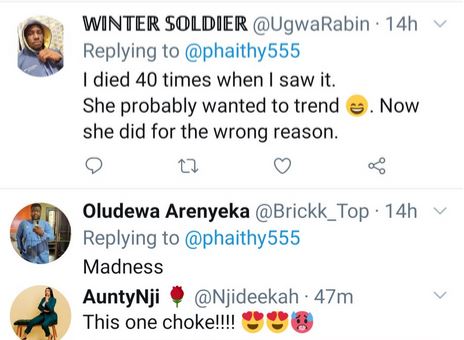 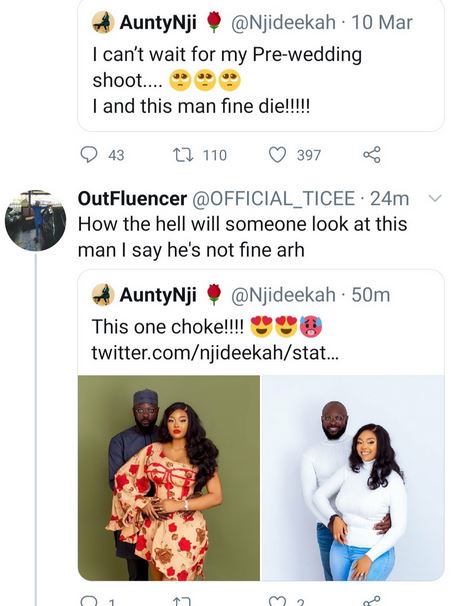