"If Your Man’s Friends Acts Off With You, It’s His Fault" - Sexual Rights Activist, Oloni Writes


According to Oloni, if you are disrespected by your man's friends, its because he isn’t upholding a type of respect they should have for you. 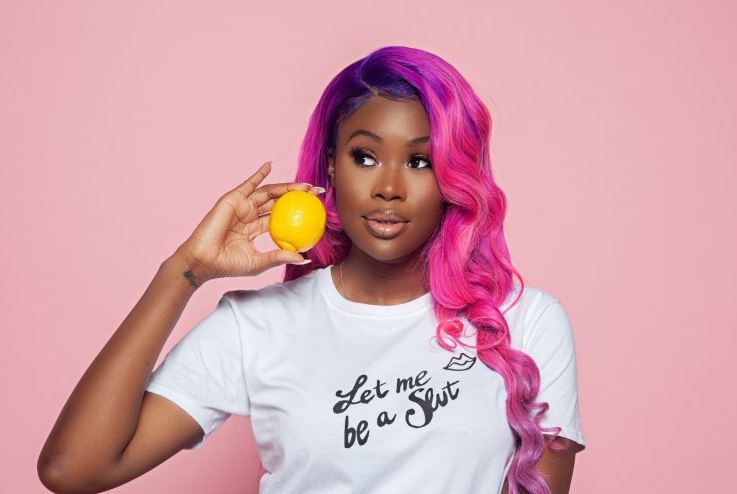 Nigerian sex educator and relationship advisor, Oloni has said that if your man's friend disrespects you, its because he gave them a reason to.

The women's sexual rights activist also stated that if your man respects you, his friends would surely do.

''If your mans friends act off with you, it’s because he’s given them a reason or isn’t upholding a type of respect they should have for you.''she tweeted 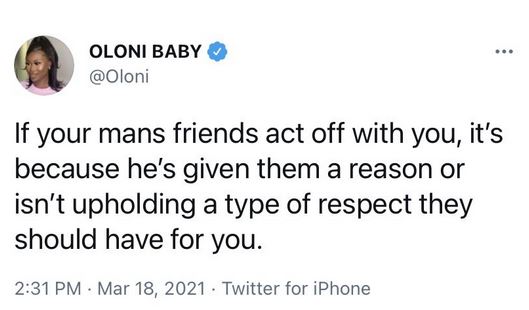