In a Twitter thread, she opined that the idea that women need to endure certain things from their men needs to stop. 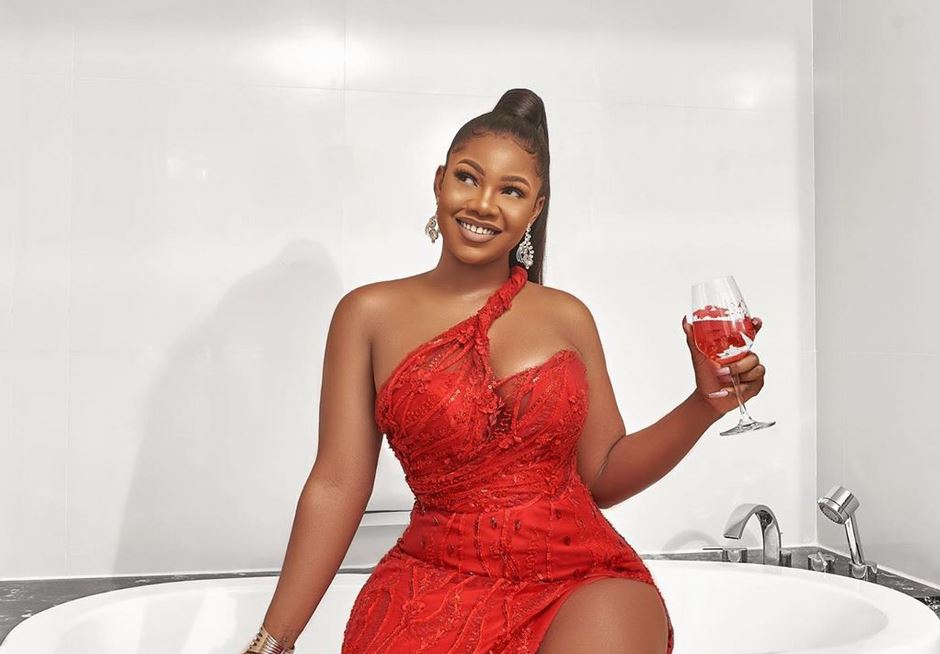 BBNaija housemate, Natacha Akide has advised women to know their worth and stop giving men the leverage to constantly hurt them.

In a Twitter thread, Tacha stated that she would rather be single than tolerate nonsense from men.

STOP giving these men the LIVERAGE to treat you like trash!! I’lld rather be single than TOLERATE an ATTITUDE I do not dish!

OWN your OWN SH*T and be your OWN BOSS! 2021 no Bs should be TOLERATED! Thank you.

Until I get cheated on and CHEAT on you too! we keep the same ENERGY!'' she wrote. 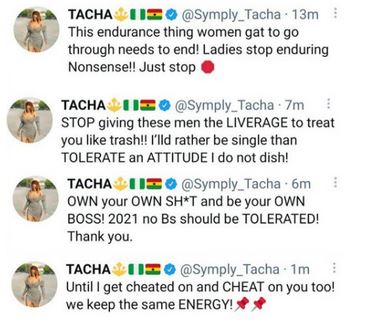