A thief has been seen on camera stealing a laptop while pretending to be interested in purchasing it. 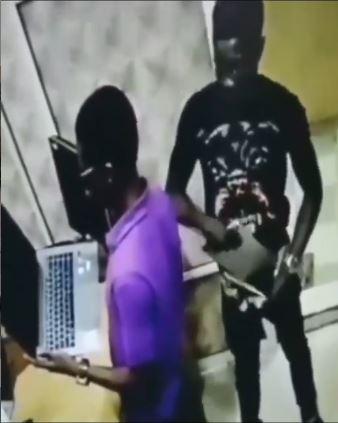 Man caught stealing laptop
A camera has shown the moment a man was caught stealing a laptop from an electronic shop.
After stealing the laptop, he tucked it inside his trouser.
Closed-circuit television (CCTV) footage showed that the man had initially pretended to be taking a look at the laptop in order to purchase it, but when he felt no one was looking at him, he immediately forced it into his trouser, unknowing to him that he was under CCTV surveillance.
After committing the mischievous act, the man acted to be waiting at the counter for a sales agent to attend to him.
Watch the video below: