The Governor of Delta state has protested against the decision of the federal government to claim loot recovered from James Ibori. 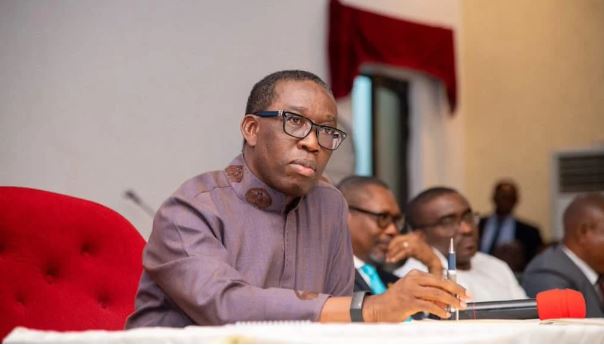 Governor Okowa
The government of Delta state has protested against the decision of the federal government to make use of the loot recovered from ex-governor James Ibori.
The Governor of Delta State Ifeanyi Okowa while speaking with Channels Television on Wednesday revealed that his government has sent a protest letter to President Muhammadu Buhari over the issue.
A few weeks ago, the UK committed to returning the £4.2 million loot recovered from Ibori, a former Delta governor and his associates.
However, the attorney-general of the federation, Abubakar Malami, insisted the money should go to the federal government and not Delta state.
Commenting on the matter, Okowa said: “On our part, I have spoken with the attorney-general of the federation. My attorney-general went to have a meeting with him. We are working, and we are likely to come on the same page. We have written a formal letter of protest to Mr President.
“Ours is to convince the federal government to know that the money ought to return to Delta.”
Okowa also suggested that if the money cannot be sent to Delta State, it should be spent on projects in the State.
Top Stories