The RCCG Head of Media and Public Relations, Pastor Olaitan Olubiyi, said the ministry was also working with security agencies for the safe return of the victims. 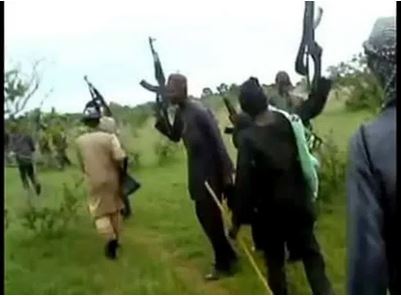 According to a report by The PUNCH, the Redeemed Christian Church of God, RCCG, has declared prayers for the release of eight members of the church kidnapped in Kaduna on Friday.

The RCCG Head of Media and Public Relations, Pastor Olaitan Olubiyi, told Sunday PUNCH that the ministry was also working with security agencies for the safe return of the victims.

Our correspondent had reported that eight members of the RCCG, Region 30, Trinity Sanctuary, Kaduna, were attacked near Doka along the Kachia-Kafanchan Road, on their way to a programme.

The hoodlums were said to have taken them in their operational vehicle and abandoned the church’s shuttle on the road.

The church’s spokesperson, Olubiyi, who confirmed the incident to our correspondent on Saturday, said the church was disturbed by the incident.

He said, “We feel completely disturbed by the development and as a church, the best we can do is to pray that God will intervene and these brethren will return home to their loved ones. As a church, we are praying now and asking God to take charge of the situation. A report has also been made to the police.”

The spokesperson maintained that the gunmen had yet to contact the church.

However, Channels TV, while quoting the Public Relations Officer of the church in the Kaduna province, Alao Joseph, stated that the kidnappers had demanded N50m ransom.

He said, “The divisional police officer in charge of the area reported to us in the early hours of today (Saturday) that a vehicle with the inscription, ‘Redeemed Christian Church of God’ was found by the roadside with no occupant.

“The vehicle was about to be taken into custody when we received a phone call that some people were on their way from Kaduna to the scene; they brought an extra key for the vehicle. So, instead of towing the vehicle, we just allowed the church to take it away. A serious search for the members has been launched by security agencies, including the police and the military.”

He said the police would ensure that the victims were rescued unhurt.