Horror! How 11 Tankers Were Destroyed In Kaduna Garage Fire 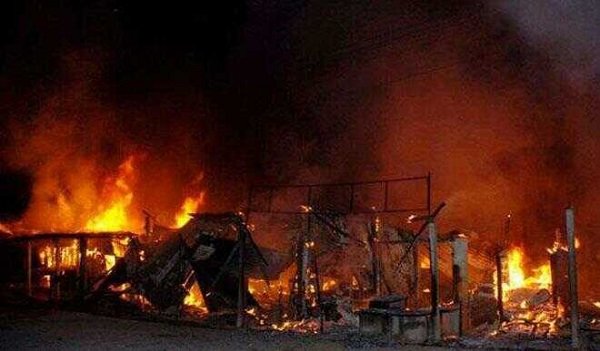 No less than eleven petrol tankers have been destroyed in Kaduna.

They were destroyed as fire razed a garage in Anguwan Mu’azu in Kaduna South Local Government Area yesterday.

The KADSEMA chief said the fire led to the discovery of several illegal activities involving petroleum products in the area.

“It is unfortunate that people living in the area do not know the danger associated with the illegal movement of petroleum products,” he said, adding that the Agency would investigate the involvement of members of the community in such activities that probably caused the fire.

“It is important to note that with this discovery, the Agency will commence the assessment of the area as part of its mandate in ensuring public safety so we can advise government on what we need to do to distance people from this kind of risk.”