Meet the African Soldier Who Stops Bullet With His Mouth (Video)


A soldier who claims to have supernatural ability has been spotted stopping bullets with his mouth. 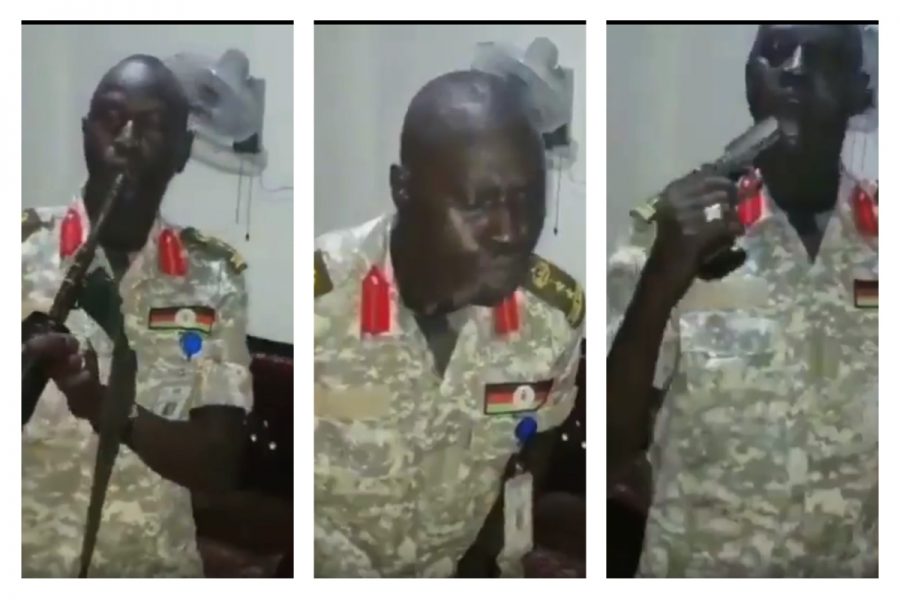 Colonel Angui Karbino Kuanyin
A video of a Sudanese soldier stopping bullets with his mouth has left many people in shock.
The video shows Colonel Angui Karbino Kuanyin reportedly putting guns in his mouth and firing before spitting out the bullets.
He provided video evidence to support his claim of having supernatural ability to stop bullets.
Kuanyin comes from a well-known military family – he is the son of General Kerubino Kuanyin Bol, one of the leaders of the Sudan People’s Liberation Army, who died back in 1999.
Kuanyin explained the idea behind the video in an interview with Australian media outlet SBS.
"Lots of people around me didn’t believe I was capable of doing that. So I told them to come and they filmed me doing it. I didn’t want the video to end up online but other people posted it.
Why did I do it? Every day, people threaten President Kiir. I wanted to show people that we can protect the president whenever and wherever. I don’t think it is a crime, but if the president thinks it is then I am willing to go before a court.
Lots of people criticised me and said that I was using fake bullets. But they are real bullets! I’m extending the invitation to anyone who wants to come with his or her own weapon and try to prove that I am lying. I have lots of similar videos that I can show you."