Wang Long, 34, went missing from a night shift at the Chinese steel factory where he worked before surveillance footage revealed the disturbing chain of events leading to his death. 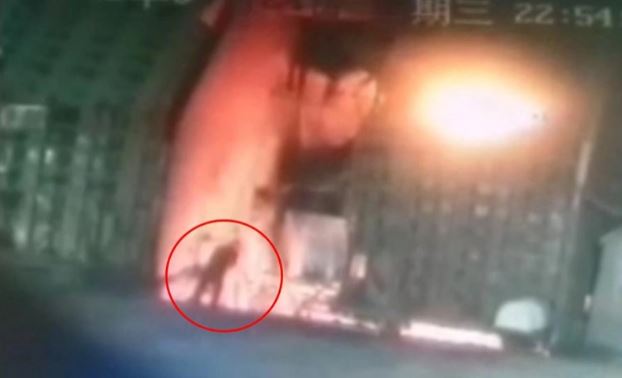 Wang Long, 34, was caught on CCTV throwing himself into a 900C steel furnace

In what will come across as a really devastating development, a desperate factory worker has jumped into a super-heated 900C steel furnace after allegedly losing £6,000 on the stock market.

Wang Long, 34, went missing from a night shift at the Chinese steel factory where he worked before surveillance footage revealed the disturbing chain of events leading to his death.

Shocking video shows the long-time employee peeking into the furnace during a smelting operation, before taking off his helmet and jumping into the scorching heat.

His employers, Baogang Group, said it was suspected his death was related to a “large amount of losses” and that he “could not repay his heavy debts”.

Wang Long had worked for the company, one of China’s major steel producers, for more than a decade.

On the night of his death, the amateur investor disappeared from his shift and did not return.

Baogang Group immediately carried out a search for him when he suddenly went missing and probed surveillance footage to discover any details of his disappearance.

The disturbing video revealed Wang Long lingering at the side of the blast furnace before taking off his safety helmet and gloves, laying them on the ground and throwing himself into the furnace of molten steel.

According to colleagues, the “introverted” factory worker, who was unmarried, had been trading on the stock market for a long time.

Wang Long is said to have lost more than 60,000 yuan – some £6,000 – from his investments on the day of his death when China’s financial indexes fell to their lowest in three months.

“It’s suspected that his suicide was related to the large amount of losses and that he could not repay his heavy debts,” said the steel company in a statement.

“We feel deeply sorry for his death. We are proactively appeasing the emotions of his family and carrying out psychological guidance for our workers.”

The management team at Baogang Group's plant in Baotou, North China's Inner Mongolia Autonomous Region, said counselling would be given to other employees after the tragedy.

Police have determined the steel worker's death to be suicide, after ruling out murder, reported SCMP.