Under the law, which came into effect this week, any person who defecates openly would be jailed for two months or pay a fine of N10, 000. 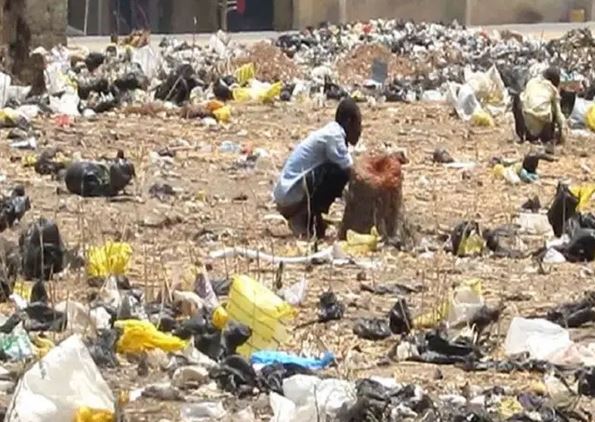 According to a report by Vanguard, the campaign against open defecation has taken a new dimension in two Bauchi local government areas: Ganjuwa and Toro local councils.

The communities have formally enacted by-laws making it an offence for any of the residents to defecate in any open space.

Under the law, which came into effect this week, any person who defecates openly would be jailed for two months or pay a fine of N10, 000. The law also imposes a N20, 000 fine or three months imprisonment for any person or group of persons that constructs a toilet other than pit latrine or water closet.

Signing the by-law at the palace of the District Head of Ganjuwa, the Chairman of Ganjuwa Local Government, Baba Gidado, said that health personnel and traditional rulers in the area would, however, continue to educate the public on the dangers of open defecation.

The District Head of Ganjuwa, Ahmed Baba Gidado, said traditional and religious leaders of the community have already been sensitised on the danger of indiscriminate defecation and the health hazards associated with it, promising that no human faeces would be found in the area.

Similarly, the Chairman of Toro Local Government Area, Adamu Danyaro Geji, said Toro Community Radio and the information unit of the council would partner with religious and community leaders in ensuring that contents of the enacted by-law are disseminated to enforce compliance.

Although some residents of Toro and Ganjuwa local government areas like Ahmed Usman, a volunteer healthcare worker, who spoke with Arewa Voice, have welcomed the open defecation bye-law they, however, noted that compliance with the law would be difficult because of the seeming urgency in compliance.

Ahmed Usman, a volunteer healthcare worker in Ganjuwa local government area told Arewa Voice that people would need money and time to build pit latrines or modern water closet toilets in their houses, noting that more time should be given to allow residents gather enough money to construct toilets in their homes.

“It (open defecation by-law) is a welcome development. The only challenge here is that there is not enough time to allow people save up money to construct these facilities. You know how difficult it is to get money now. Most of our people are peasant farmers and it is a known fact that there is no way some of them will source this money given the urgency of the by-law.

Although it is true that the authorities have been speaking against the practice of open defecation for a very long time and people have been reluctant to comply, I want to appeal to the authorities for more time to allow people source the money for the construction of the toilets,” Usman said.

Speaking with Arewa Voice, a Water, Sanitation and Hygiene, WASH, expert, David Ayodele, explained the benefits that come with open defecation free zones, saying that it also attracts international donor support for a community. “The signing of the by-law brings lots of benefits to people of Ganjuwa and Toro local government areas.

If there is compliance with the law, the water system will be safe for consumption because there won’t be faecal substances that will be carried around by wind. And you know that our people have this culture of drying most of their food grains and flours in the open air which can be contaminated.

When it rains, dry faecal matter is washed into our rivers and streams where some of our communities source their water. And, when children play around, like some that play with sand, they stand the risk of being contaminated with fecal matter because of open defecation.

“This will help to check the spread of water-borne diseases like cholera, typhoid, diarrhoea and others. Further to this, children that would have been at home because of diarrhoea or dysentery can be learning in their schools because they would be enjoying good health. And lastly, open defecation by-law is an achievement that attract international donor support,” the WASH expert noted.

Responding to why enough time was not given to allow residents build their toilets, Ayodele said: “This campaign has been on for a long time. Our people were just not ready to comply. Besides, some donor agencies have gone as far as providing WASH facilities in these areas through the Village Savings Loan, VSL, which they channel through some NGOs, so that communities can borrow to construct their toilets.”