A close ally of the deceased confirmed that he died shortly after he was rushed to the Federal Medical Centre (FMC), Keffi, in Nasarawa state, at about 11pm. 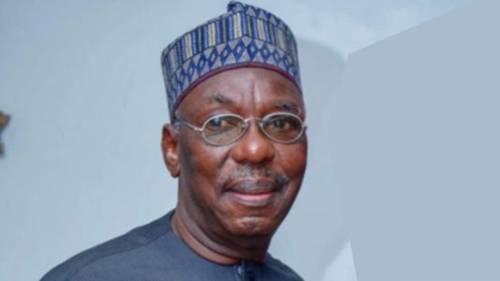 A member of the house of representatives from Plateau state, Haruna Maitala, is dead.

TheCable understands Maitala died in a car accident along the Abuja-Keffi road on his way to Jos on Friday night.

A close ally of the deceased confirmed that he died shortly after he was rushed to the Federal Medical Centre (FMC), Keffi, in Nasarawa state, at about 11pm.

“He was rushed to FMC, Keffi, but the doctors could not do much to save him,” the source said.

Maitala is now the fifth member of the lower legislative chamber to have died in the ninth assembly.

He died barely a month after the house lost Hassan Yuguda, who represented Gwaram federal constituency.

Joseph Adudu, a spokesperson, has confirmed his death in a statement.

He said: “This is to announce the death of Honourable Haruna Maitala which occurred yesterday, 2nd April, 2021 as a result of fatal car accident on his way to Jos from Abuja.

“Until his death, Haruna Maitala was the member representing Jos North/Bassa federal constituency in the National Assembly.

“He would be buried this morning according to Islamic rites. May God forgive his sins and grants him Aljanna fidau.”

Some of the deceased’s colleagues and associates have shared condolences mourning him.

Suleiman Yahaya-Kwande, whom he succeeded at the green chamber, said he is “proud of his record of dedication, hard work and achievements.”

“By common consent, Hon. Haruna Maitala was noted as an indefatigable representative who lived a simple yet purposeful life, and to the end, he played politics of commitment to a cause. There is no doubt he would be remembered as a capable and principled representative of his constituency,” he said in a shared on Facebook.