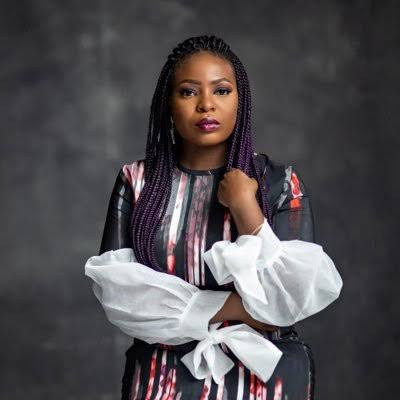 Tito
The wife of a Nigerian musician, Tito Idakula has spoken about the shame and guilt she felt after having two abortions.
Tito is the wife of singer Bez Idakula.
She disclosed that she had two abortions and dealt with the shame for a long time.
Tito, who is the daughter of former Oyo state governor,  Rashidi Ladoja, said she had the abortions because she thought those were the only options available to her at the time.
When she was eventually ready to have kids and suffered a miscarriage, she said she thought it was God punishing her for her past.
However, she said she was wrong because she didn't understand the salvation she has in Christ.
She explained that Christ's death and resurrection took away the shame and guilt, and she advised those dealing with shame to look to Christ for redemption.
She said her husband and three babies are proof Christ has set her free with grace.
Read her thread below. 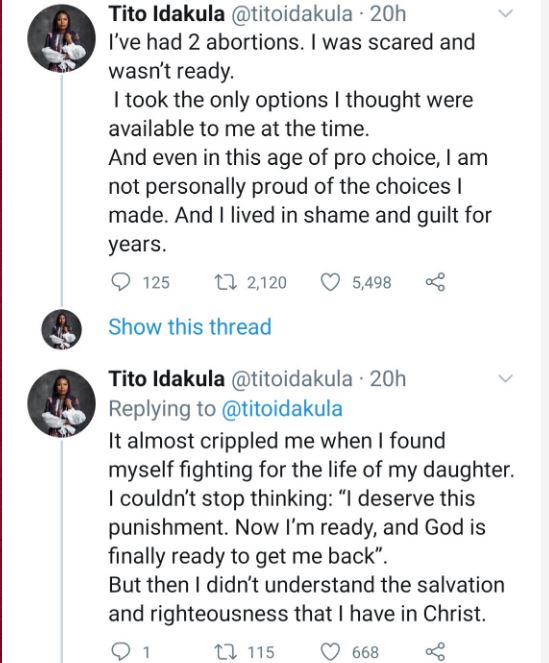 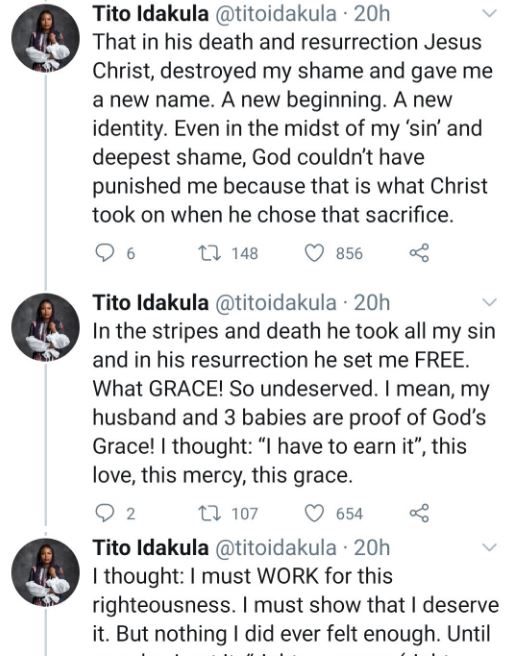 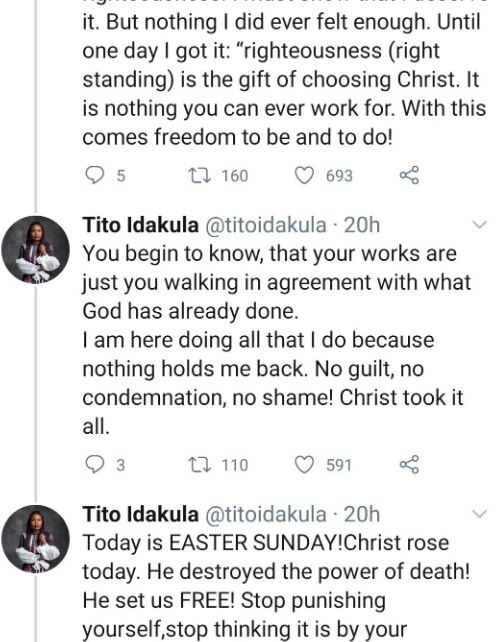 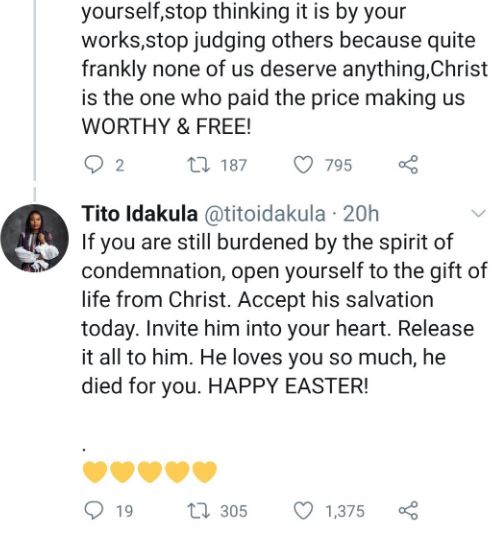