The victims were reportedly kidnapped at gunpoint while travelling with other church members before they were rescued by the security operatives. 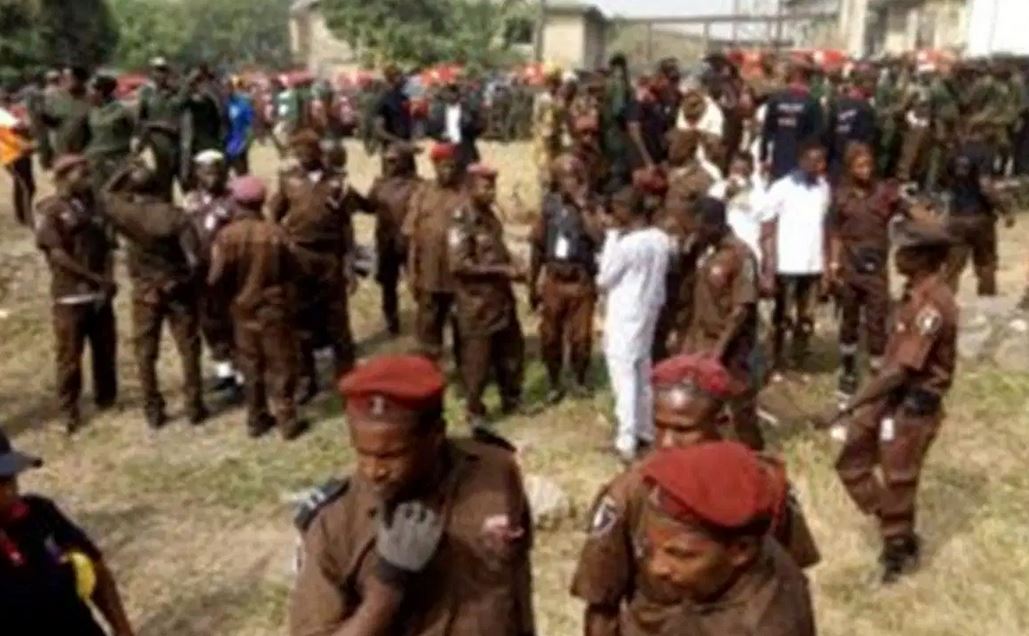 The suspects were arrested along Ifira-Akoko-Idoani road in Ose council area of the state.

They were reportedly kidnapped at gunpoint while travelling with other church members from Benue State to Akure, the Ondo State capital.

Reports had it that the unsuspecting driver of the bus decided to stop on the highway after they were flagged down by the abductors, who pretended to be motorists whose vehicle had a mechanical fault.

The victims, it was gathered, were marched into the forest thereafter while some motorists, who watched from a distance on the highway and suspected that the three persons might have been kidnapped, telephoned the security outfit.

The personnel of the corps reportedly stormed the forest where they rescued the three victims and arrested two suspects.

Contacted, the state commander of Amotekun, Chief Adetunji Adeleye, confirmed the arrest of the two suspects and the rescue of the three travellers.

Adeleye said they were rescued by his men after combing the forest where they were abducted.

According to him, “We thank God for the release of the victims though our men are still on ground combing the bush. Our personnel responded immediately after the distress call and were able to rescue the victims".