Fans are not happy with BBNaija reality star, Nengi after claiming she bought her house with her hard-earned money. 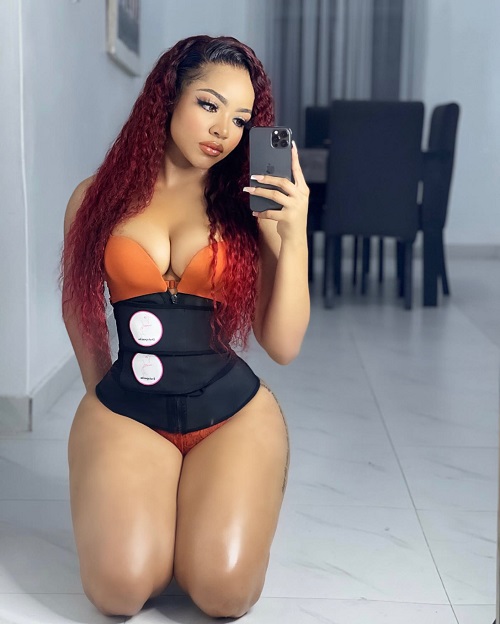 Nengi
Nigerians on social media have lashed out at Nengi after she claimed she used her hard-earned money to acquire her new house.
Nengi made this statement at a recent AY virtual show. Nengi who performed alongside Broda Shaggai and AY said she doesn’t need a man and noted that she bought her house with her hard-earned money.
However, Nigerians think she is being bankrolled.
This statement from Nengi has subsequently stirred up reactions:
makatony25 wrote: U didn’t buy de house  until u Left bbn, visit Ned AND The likes, thunder ⚡ without rain fire ya silicone yamsh
adajoe_adajoe wrote: Does it mean you need a man because of money ? Mugu !
makatony25 wrote: My frd shut up,efe ri werey, u wanna See crazy
4evasandy_shero wrote: Nonsense talk