A dramatic incident has left many people shocked after a pastor's wife locked the church to prevent the man of God from marrying a new wife. 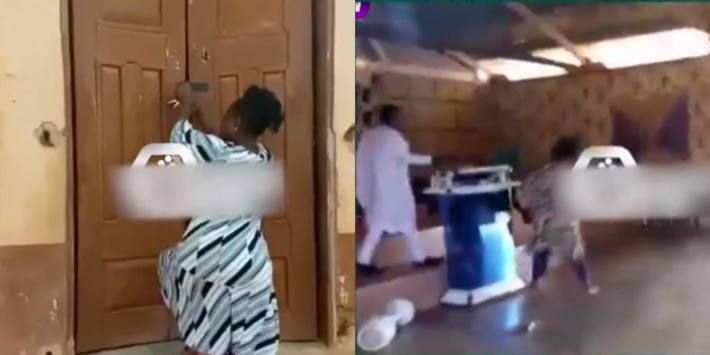 Pastor's wife locks church to prevent husband from marrying another woman
A woman has caused a stir after locking her pastor husband out of the church in order to stop him from marrying his new lover.
According to reports, the new lady is the organist’s girlfriend.
In the video, the soon-to-be ex-wife said she took her husband, who had nothing on him, and turned him into the man he is today.
She also closed the church doors while the service was in progress.
She also claimed in her rants that her pastor husband had sued her father over a piece of land she had offered him out of love.
Vowing to deal with the pastor for being ungrateful, she said:
"I took care of you, bought your clothes for you and you married me with only two pairs of trousers and didn’t have a house to live in.
"Today you know how to take women out and shop at boutiques for them! Ungrateful man! God will punish you."
Watch the video below:
Top Stories