The press statement listed among other alleged loots N59.6 billion taken from local government system by Okorocha, the Eastern Palm University built with Imo money and others. 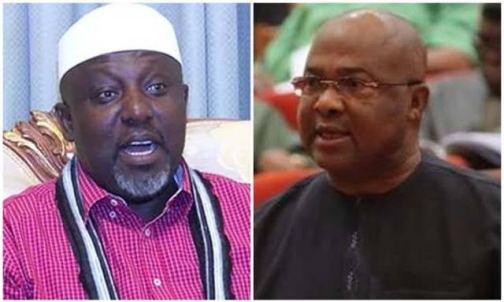 According to a report by SaharaReporters, the Imo State government through one of its social media influencers, Ezeafurukwe Paul Ihunanya has issued a document stating properties belonging to the state government allegedly looted by former governor, Rochas Okorocha.

The press statement listed among other alleged loots N59.6 billion taken from local government system by Okorocha, the Eastern Palm University built with Imo money but personalised by him, N40 billion siphoned through the unexecuted 27 general hospitals, the old IBC premises converted to Rochas College of Africa, Westbrook hotels built by Okorocha’s son-in-law, Uche Nwosu with Imo money, and the ReachFM radio owned by Nwosu.

The release went on, “Tweeter bites forcefully acquired from Mr. Fans by Okorocha’s sister, Geraldine, the Spibat estate most of which land forcefully taken from Mbieri and Orji people, House of Freeda malls in Owerri, Abuja and Lagos built by Uloma, Uche Nwosu’s wife, recovery of ISOPADEC funds and 13% oil derivation which amounts to over N20 billion, recovery of ITC vehicles and investments looted by Okorocha, among other loots.”

Meanwhile, in responding to the claims, the Special Adviser on Media to the former governor, Sam Onwuemeodo said “no court of competent jurisdiction had ordered the Economic and Financial Crimes Commission to recover even a pin from ex-governor Okorocha.”

“Okorocha’s accusers should tell their audience which court in the land had ordered the EFCC to recover those items and the name of the presiding judge,” he said.

The media aide further described the statement as fabricated by the state government because of its resentment towards Okorocha's achievements while in office as governor of the state.