A Nigerian professor has revealed how the minister of communications and digital economy instigated muslims to kill his son when he was an imam. 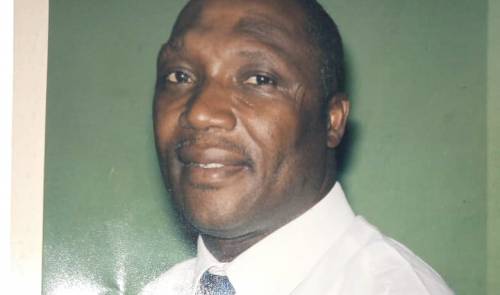 Professor Achi
Prof. Samuel Achi has narrated how the Minister of Communications and Digital Economy, Dr. Isa Pantami instigated extremists to kill his son.
Achi said that Pantami while serving as the Chief Imam of the Abubakar Tafawa Balewa University (ATBU), Bauchi mosque used his preaching to instigate his followers who brutally murdered his son, a 400-level student identified as Sunday Achi.
His son Sunday then was the leader of the ECWA Student Ministries (ESM) on the campus.
His crime was that he was said to have distributed a Christian tract which Sheik Pantami had said blasphemed Islam and Prophet Mohammed.
According to Niche online, the story was that Achi was dragged out from his room by Muslim fundamentalists at the prompting of Pantami, taken to a remote location within the school premises where he was stoned to death.
But according to the father of the late student, Prof. Samuel Achi, in Kaduna, his son was strangled to death inside the mosque where Pantami held court, not stoned.
“One thing I know that you people (media) got wrong was that my son was not stoned to death. He was strangled inside the mosque and they threw the corpse outside the university mosque,” he said.
He insisted that there was nothing blasphemous in the tract his son and his colleagues shared that should warrant a death sentence.
Achi narrated how a former governor of Kaduna state helped in retrieving his son’s corpse from Bauchi for burial in Kaduna by liaising with the then governor of Bauchi State, Adamu Muazu.
Many Nigerians have called for the sacking or resignation of Pantami after some comments he made some years ago came into light.
"We are all happy whenever unbelievers are killed,” Pantami once said as an Islamic scholar and cleric.
He also hailed Osama Bin Laden, who orchestrated the terrorist attacks on United States soil on September 11, 2001, saying the terrorist "is a better Muslim than myself."
Pantami once also condemned Muslims who took up government positions, saying he would never join politics or take up a role in government.
Top Stories