The suspect was caught by his housekeeper having carnal knowledge of her 2-year-old daughter which led to his arrest. 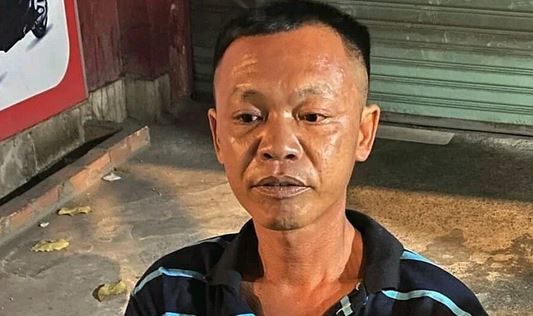 A 38-year-old man identified as Nguyen Quoc Lam has been arrested in Binh Thuan, Vietnam for sexually molesting the two-year-old daughter of his housekeeper.

The suspect is being investigated under charges of "rape of a person aged under 16", the deputy director of the Binh Thuan police department, Pham That, said on Tuesday, April 20.

Lam’s housekeeper often worked for his family in the central province’s Lien Huong Town. As the housekeeper and her daughter are homeless, the daughter often slept at Lam’s while her mother slept on the street.

On April 17, as the housekeeper entered the house to start work, she heard her daughter’s cries. Rushing to her aid, she said, she saw Lam raping the girl, and so decided to inform the police. Lam ran away immediately after.

Police eventually managed to track him down at a relative’s house in Ho Chi Minh City’s Tan Binh District, pn April 18, where he was arrested.

Such an instance of rape could be punishable by death in Vietnam. 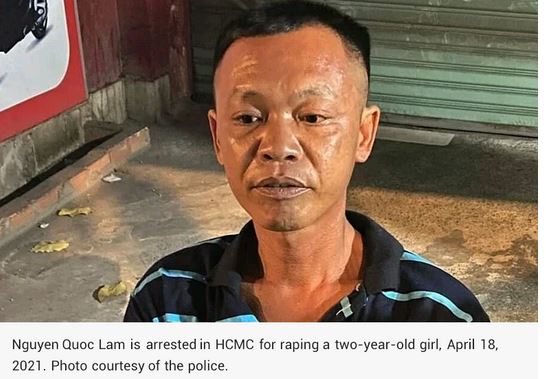