Nigerians have lashed out at the police over a new photo posted by reality star, Kiddwaya. 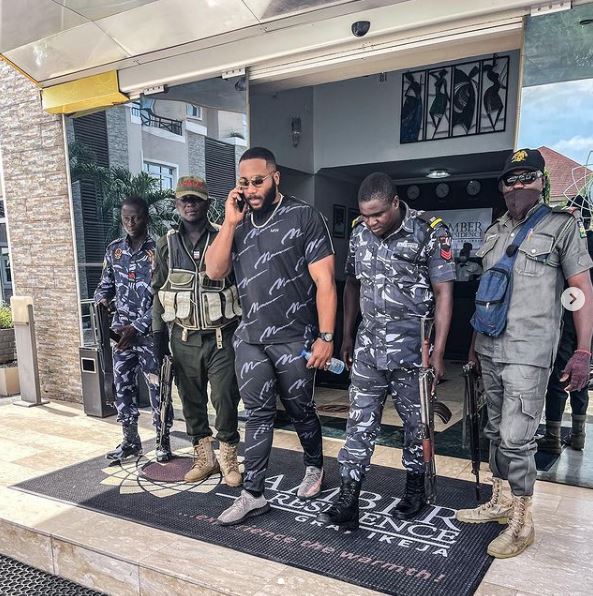 Nigerian police blasted over number of Kiddwaya's escorts
Nigerians have lashed out at the Nigerian Police Force for turning itself into a laughing stock following a post made by reality star Kiddwaya.
Social media users wondered why Kiddwaya would be flaunting over 3 police escorts at a time officers are more needed in different parts of the country following security challenges.
Kiddwaya was also criticized after posting the photo yesterday, April 21.
See post below:

Some while expressing their resentment to this, concluded that the Nigeria police force has gradually turned into a private security system, amid the current insecurity issues that are being witnessed in the country.
In contrast, others also felt it was necessary for the police to escort Kiddwaya due to his personality. 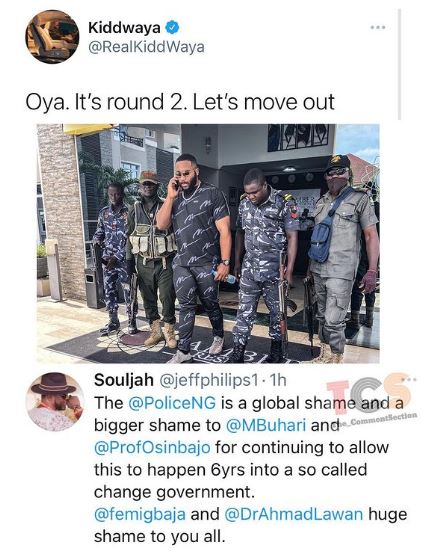 See reactions below:
@DJ_Sp4all wrote: “It seems the Nigerian Police system is a private security system which is operated by the Federal Government.The highest bidder takes all. No wonder the common man is not adequately served. It is a shame.”
@negromaniacs wrote: “Not his fault tho, the system that made this possible is to be blamed. NPF has no respect. Now imagine the number of personnel across the entire country doing same thing to protect dt he rich. Thousands that ought to combating crime. Even Miyetti Allah has too.”
@YahayaNeutral wrote: “Nigerian Police is for the rich and famous, Not for ordinary Nigerians.In a country where we are complaining of been under police and lot of security challenges, we have four policemen guarding just an individual.”
@Martolerix wrote: “If kidnappers lay hands on him, do you know how much in dollars they will demand for? Abeg leave him to secure himself and his life in a country wey even police station use chain to lockdown their generator from thieves.”
@Ladeepee wrote: “Do you know how much he is worth if he gets kidnapped? Abeg let him use 100 of them if he needs too. Prevention is better.”
Top Stories