The ongoing nationwide strike embarked upon by JUSUN will continue according to its officials. 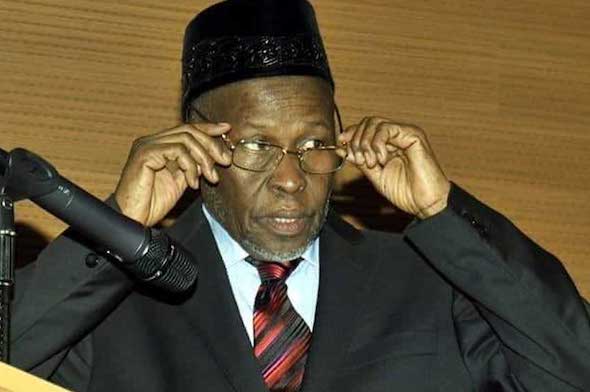 Justice Ibrahim Tanko Muhammad
The judiciary Staff Union of Nigeria (JUSUN) has insisted that it will not call off the ongoing nationwide strike.
JUSUN said the strike will continue until state governors meet their demands.
JUSUN made the assertion at a meeting with the Chief Justice of Nigeria (CJN), Justice Ibrahim Tanko Muhammad.
The meeting held at the CJN’s chambers in Supreme Court was to give him feedback on his request for the strike to be called off.
The Chief Registrar of the Supreme Court, Hadjia Hadiza Uwani Mustapha also attended the meeting.
The CJN had, at an earlier meeting with JUSUN leaders on April 6, asked the union to call off the strike given its adverse effect on the justice system in the country.
But at the latest meeting, JUSUN officials, led by its Deputy National President, Emmanuel Abioye and Jimoh Musa Alonge, its Treasurer explained why it is difficult to heed the CJN’s call to end the strike.
Abiyoye told the CJN that the state governors must begin to demonstrate some level of seriousness by putting in place some measures precedent to the implementation of financial autonomy for the judiciary in their respective states.
‘’Though there’s financial autonomy for the judiciary already in some states while some are assuring that they would comply others have to take steps in readiness for compliance,’’ Abioye said.
According to Abioye, the union expects each state to start implementing its self-accounting law to deal with the Internally Generated Revenue in line with Section 121(3) of the 1999 Constitution as amended; and that states without such law should put it in place.
Abioye said it is his union’s position that there must be some level of seriousness from all quarters and as such, the amount standing to the credit of the judiciary from the monthly federal allocation should be deducted directly from the source by the Accountant General of the Federation and remit same to the National Judicial Council (NJC) for onward transmission to heads of courts.
He said, for the Federation Consolidated Account also known as Federal Allocation, the budget of each state judiciary submitted to the implementation committee on October 2, 2020, should be implemented by deducting the amount due to the state judiciary directly from the source by the Accountant General of the Federation (AGF) in line with Sections 81(3) and 162(9) of the 1999 Constitution (as amended) for the states.
” In other words, the AGF should deduct from the monthly Federal Allocation and remit it to NJC for onward transmission of the fund to the Heads of Courts at the State Judiciary. Until this is done, there is no going back, the strike would go on.’’
However, the CJN said it has become difficult to fault the idea of the strike since the rights of the union and its members which are clearly defined in the Constitution are being denied especially at the state level.
‘’I can’t fault your reasons for embarking on this protest because the union wants its rights restored in line with the provisions of the Constitution. I commend you for following due process so far to protest against the injustice,’’ the CJN said.
Top Stories