A Nigerian man by name, Akuma Felix Emeka has died after he was reportedly poisoned by a scorned ex-girlfriend. 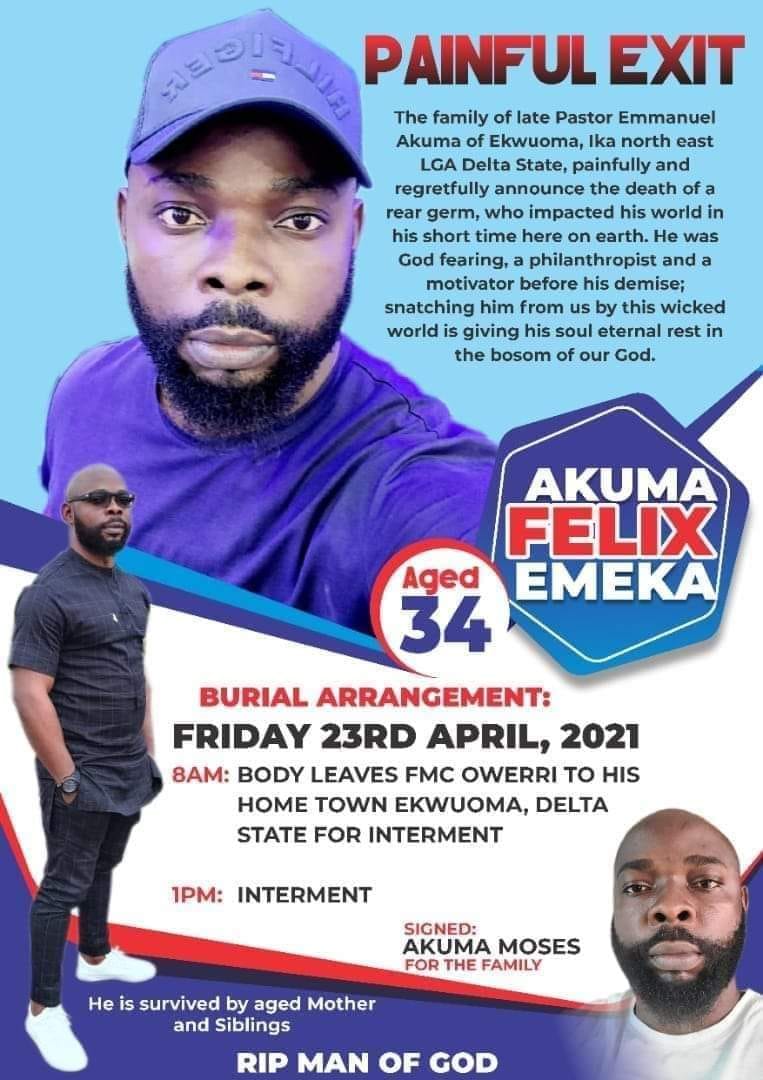 Akuma Felix Emeka
A young and promising Nigerian man has lost his life after he was allegedly poisoned by his ex-girlfriend who was pregnant.
The man it was gathered was about marrying another woman when the ugly incident happened.
Akuma Felix Emeka, a 34-year-old graduate of Michael Okpara Univeristy of Agriculture was found dead in a car with a woman alleged to be his ex-girlfriend.
According to a Facebook post shared by Maria Ude Nwachi, former member representing Afikpo North-east constituency in the Ebonyi State House of Assembly, Felix was poisoned by his ex-girlfriend who also poisoned herself.
Maria Ude Nwachi claims the ex-girlfriend allegedly invited Felix out for a drink on April 3, one week to his wedding. She said they both died after consuming the drink. 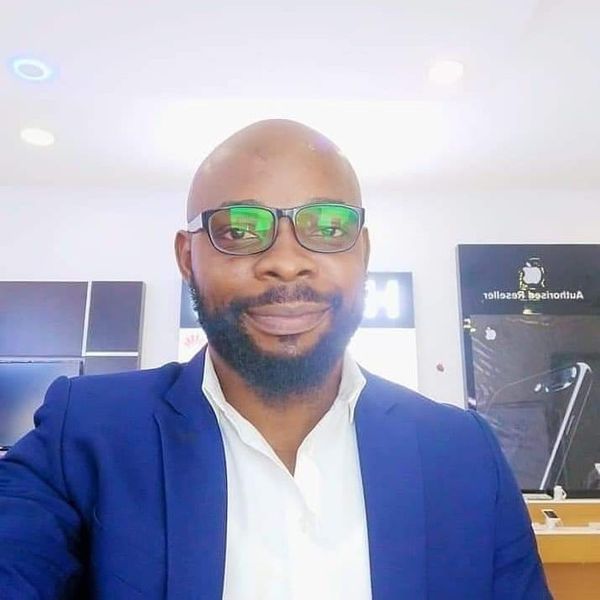 Her post read:
STOP VISITING EX BEFORE WEDDING! Lady allegedly poisons herself and her ex-boyfriend to death a week to his wedding in Imo
A 34-year-old groom has been poisoned to death just a week before his wedding ceremony in Owerri, Imo State. The groom, identified as Akuma Felix Emeka, was allegedly poisoned by his ex-girlfriend, who also poisoned herself to death.
It’s unclear what transpired between the former lovers, but sources revealed that on Saturday, April 3, 2021, the ex had invited Felix for a drink, unknown to him, however, is that she had poisoned the drink.
They were later found dead in his car with what is left of the drink. Felix, a graduate of Michael Okpara University of Agriculture, was scheduled to get married on Sunday, April 11.
Image: Akuma & and his bride to be. 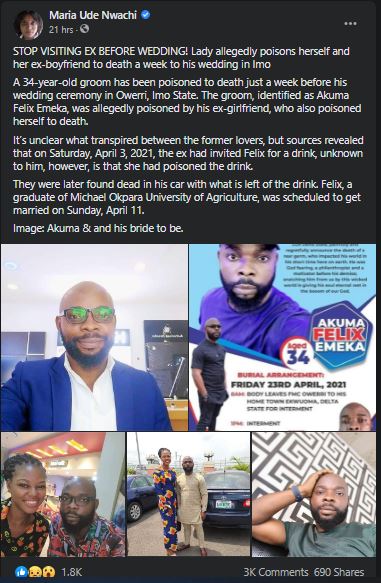 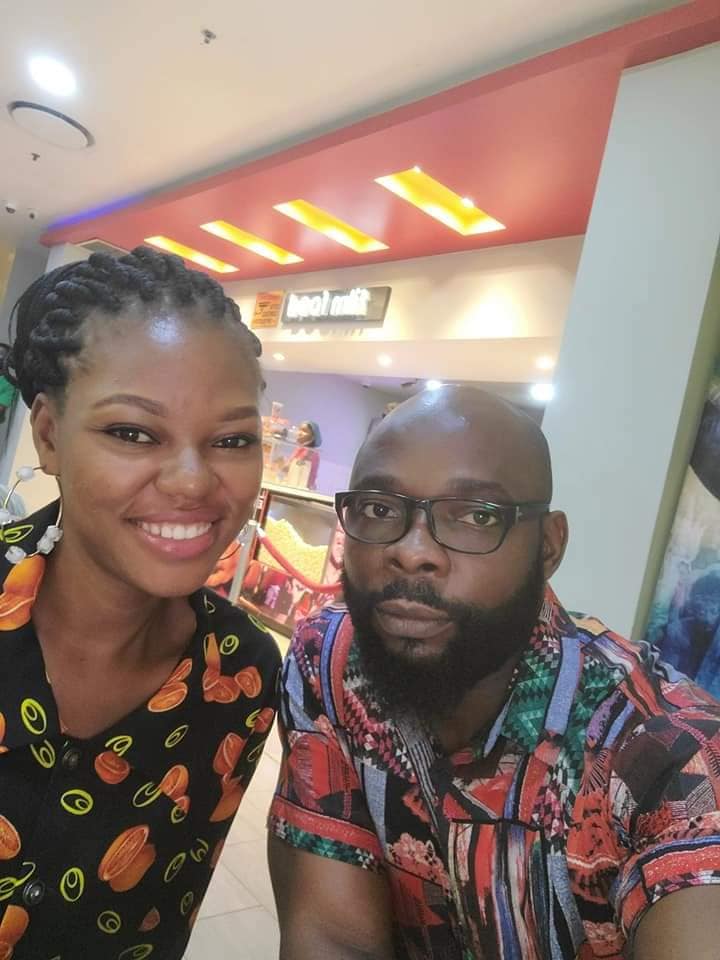 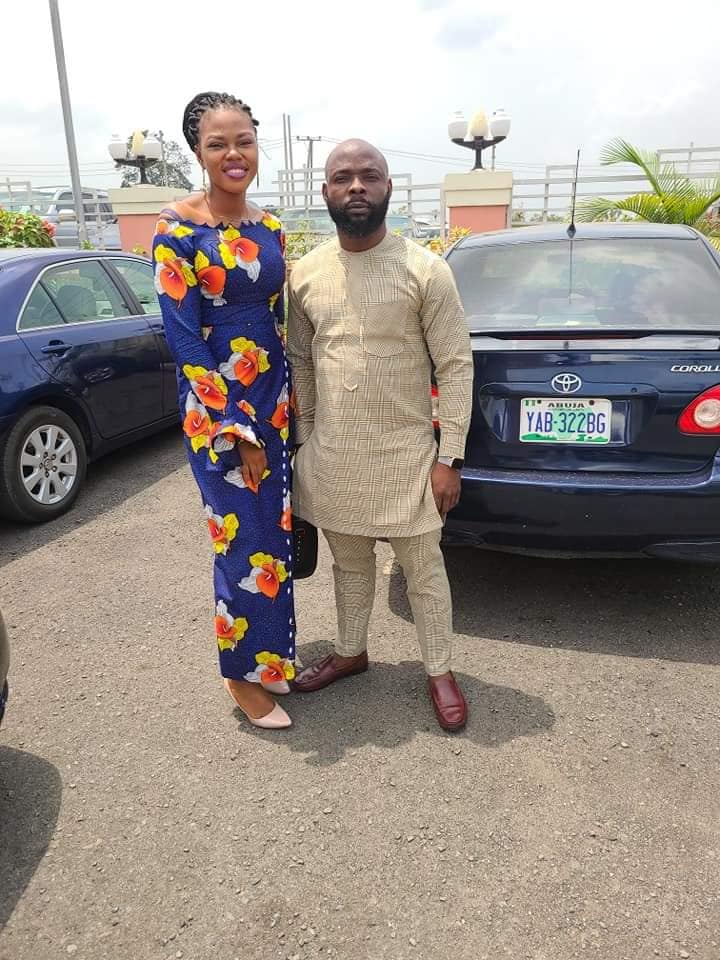