The men were killed at checkpoints on Omagwa-Elele road, linking Port Harcourt, with Owerri in Imo State. 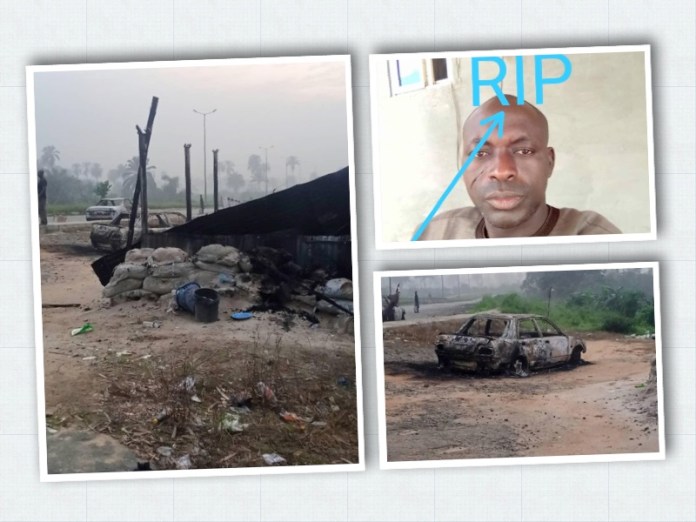 According to PM News, some gunmen on Saturday night massacred no fewer than eight security men, made up of Air Force, Customs and police personnel in Rivers state in what may be reprisal attacks.

The men were killed at checkpoints on Omagwa-Elele road, linking Port Harcourt, with Owerri in Imo State.

P.M.News learnt from security sources that the three Customs officers were killed at a checkpoint at Isiokpo in the headquarters Isiokpo Local Government Area

Their operational vehicles and rifles were stolen.

Some of them were butchered and beheaded.

Security sources said the gunmen burnt the police and other vehicles at the checkpoint and also destroyed the security camp.

It was gathered the gunmen attempted to burn down the Isiokpo Divisional Police Station but they were repelled by the officers on duty .

The Spokesman of the Rivers Police Command,SP Nnamdi Omoni, did not respond to P.M.News call.

On Saturday, a joint security team attacked the headquarters of the militant wing of the Indigenous People of Biafra, killing seven people, including the leader, Ikonso Commander.

Four securitymen, including an army second lieutenant also paid the ultimate price in the shootout.