A man who was left paralyzed after falling from a tree has shared the story how he found love. 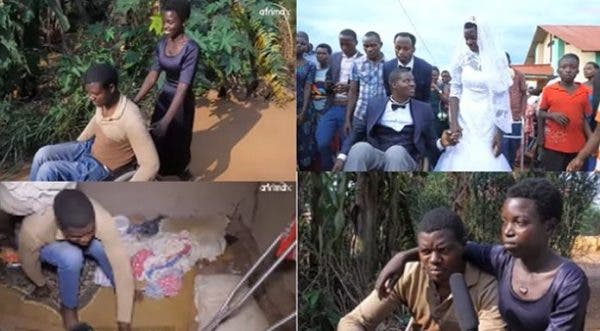 The man shared his love story on camera
A physically-challenged man has revealed he's the happiest man alive after marrying the love of his life even though he's paralysed.
According to the man, he became paralysed after falling from a tree, but fortunately for him, he met the love of his life who changed his story.
They met at the hospital, and she would bring him food, fruits and groceries during his stay at the hospital.
Watch video below:
Top Stories