The EFCC had made a publication in a national daily declaring Fuobiri wanted for obtaining the sum of N125 million under pretence and issuing a dud cheque which led to the lawsuit. 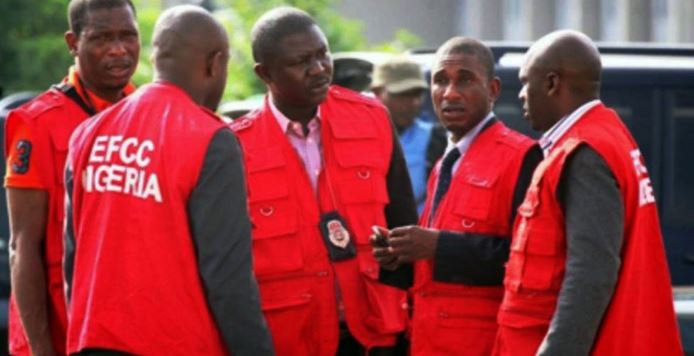 A businessman identified as Dr Andrew Warri Foubiri has filed a lawsuit against the Economic and Financial Crimes Commission for alleged defamation and is also demanding the sum of N5 billion, retraction and apology from the agency.

The EFCC had made a publication in a national daily declaring Fuobiri wanted for obtaining the sum of N125 million under pretence and issuing a dud cheque.

According to the EFCC, consequentially and in line with professional best practices, the Commission approached a court of competent jurisdiction for an arrest warrant which was used in declaring the suspect wanted with a view to letting the public know and assist in apprehending him to face the criminal charge against him which he obviously wants to evade.

But Fuobiri in his response said EFCC acted in total and flagrant disregard to the rule of law as the matter was pending in a court of competent jurisdiction and had been scheduled to be heard.

He said the publication was laced with barefaced distortion of fact and was issued with the intention to damage his hard earned reputation.

According to the letter, our client’s attention has been drawn to, and he is aware of a maliciously actuated and libelous publication carried out against him by your Commission,  authored by your Wilson Uwujaren, Head, Media and Publicity EFCC, and caused to be published vide Leadership Newspaper No.431 of Friday April 9th, 2021 at page 21 thereon.

“By your writings and publication aforesaid you put forward our client as an irresponsible, fraudulent, fugitive of the law, double standard and unworthy Nigerian Medical Practitioner and Businessman, and imputing dubious and unhealthy character standing against the interest and reputation of our client depicted in the aforesaid publication.

“This is not only unwarranted, libelous and destructive of his respected, well nurtured and sustained image, but also has the unfortunate tendency of portraying our client as an unreliable and irresponsible Nigerian Medical Practitioner and businessman in the eyes of both his teaming business partners, reputable patients, blue chip companies as his medical clients and patrons, Niger Delta Development Commission (NDDC) where he has a major medical consultancy stakes.

“There is no order of any court of law in Nigeria, nor anywhere in the world that has declared our client wanted either by the issuance of a valid bench warrant of a competent court of jurisdiction, nor has our client been adjudged to be guilty of any known criminal offence under our statute books to warrant this onslaught against his reputations and persons.

“In view of the vexatious, damaging and image destructive defamatory activities of your Commission as depicted in your authorship  and publication without any legal justification, and due process against our client, we are DEMANDING an immediate retraction of the said libelous publication, unreserved apology from your Commission made in favour of our client.

“We also have the further instructions of our client in addition to demand and we are demanding a commensurate and assuaging sum of N5 Billion be paid to our client through our law firm Nelson & Nelson Chambers as damages caused our client by your ill-informed publication.

“If at the expiration of 72 hours, including the date of the receipt of this letter, you do not accede to our humane demand as instructed by our client, we shall have no other option than to pray in aid all known instrumentality of the law to protect the image, corporate, business and professional standings of our client,” he said. 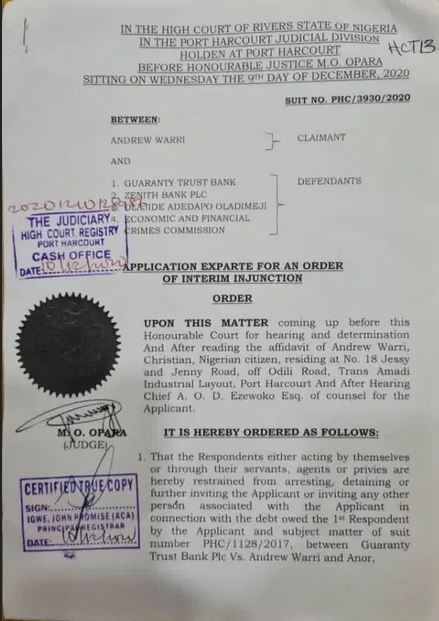 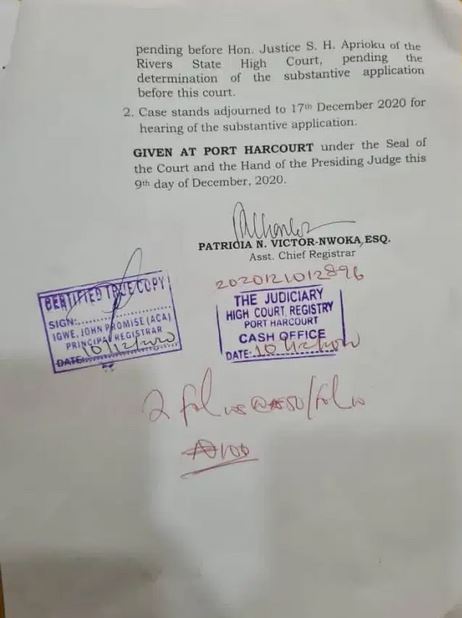