It is the end of the road for three notorious armed robbers who have been terrorizing people in Oyo state. 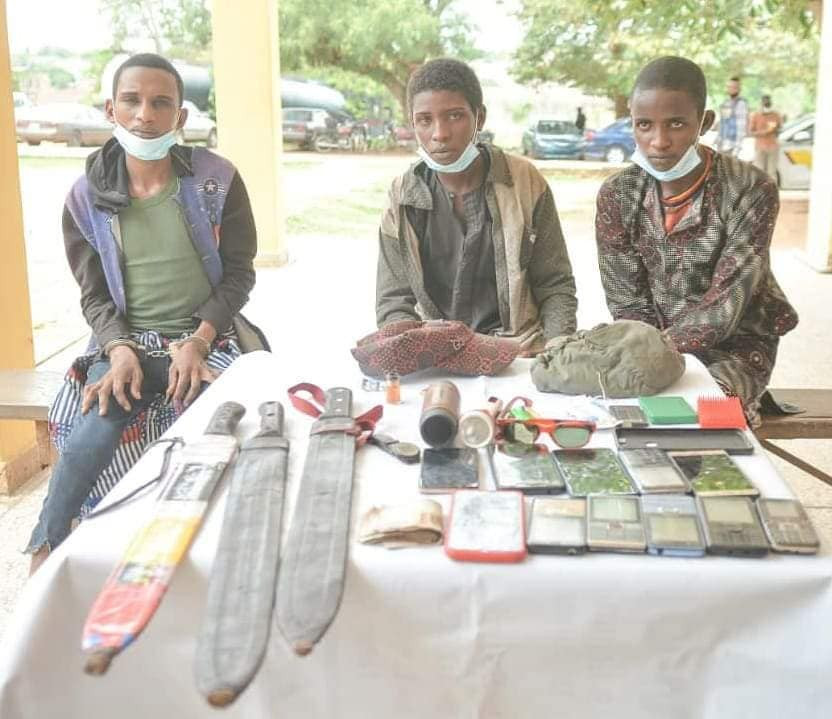 The notorious thieves after they were arrested
Three notorious armed robbers terrorizing residents and travelers in Oyo state have been paraded following their arrest.
The suspects terrorized travellers and motorists along Oolo expressway, Ikoyi-Ile.
Spokesperson of the command, Adewale Osifeso, who disclosed this in a statement on Monday, April 26, in Ibadan, said the suspects, Mohammed Ishaku, Abubakar Isah and Mohammed Bawa, were arrested by the tactical team attached to the Ikoyi-Ile Division while disposing motorists and passengers of their valuables.
The arrest was effected on Saturday, April 24, at about 9am upon the receipt of credible and timely information and swift response of the tactical team.
Items recovered from the suspects included three cutlass, eleven different handsets, cash sum of ten thousand, one hundred and forty naira only (#10,140), one touch light, ne Bintu Sudan perfume, two fire lighters, ten Computer wrist watch, eleven eyes glasses, twelve handset batteries, among others.
The spokesperson said one Tunde Kazeem, who was among the victims of the robbery incident is presently on admission at Bowen Teaching Hospital, Ogbomoso, where he is receiving treatment.
"Subsequent development will be communicated with the unfolding of events The Commissioner of Police CP Ngozi Onadeko fdc, wishes to use this medium to dissuade the good people of Oyo State from spreading inciting and false stories that can heat up the polity," he stated.
The CP advised members of the public to be uneconomical with supporting the Police as regards sharing of timely and credible information to have a crime-free society. 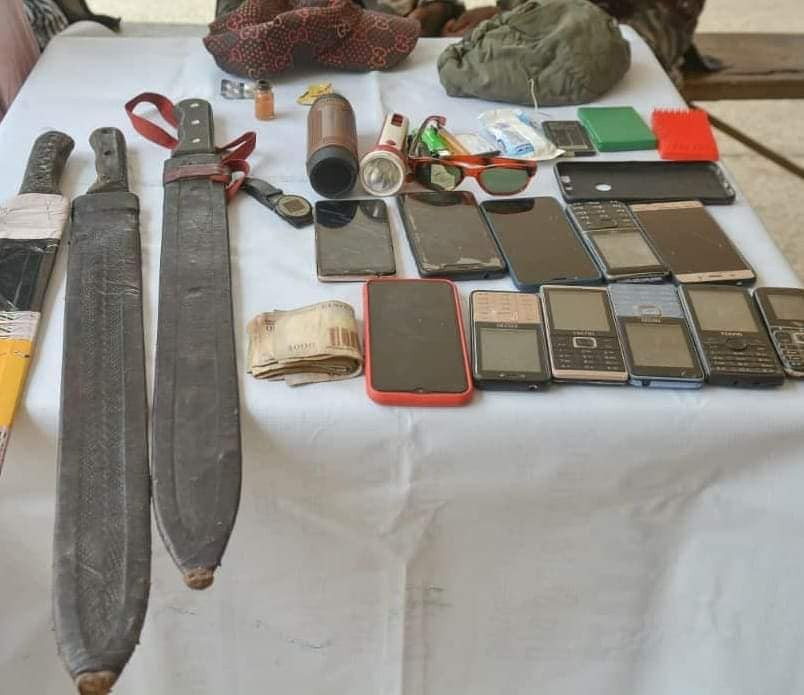