Father Mbaka Gets Support After Calling for President Buhari's Impeachment 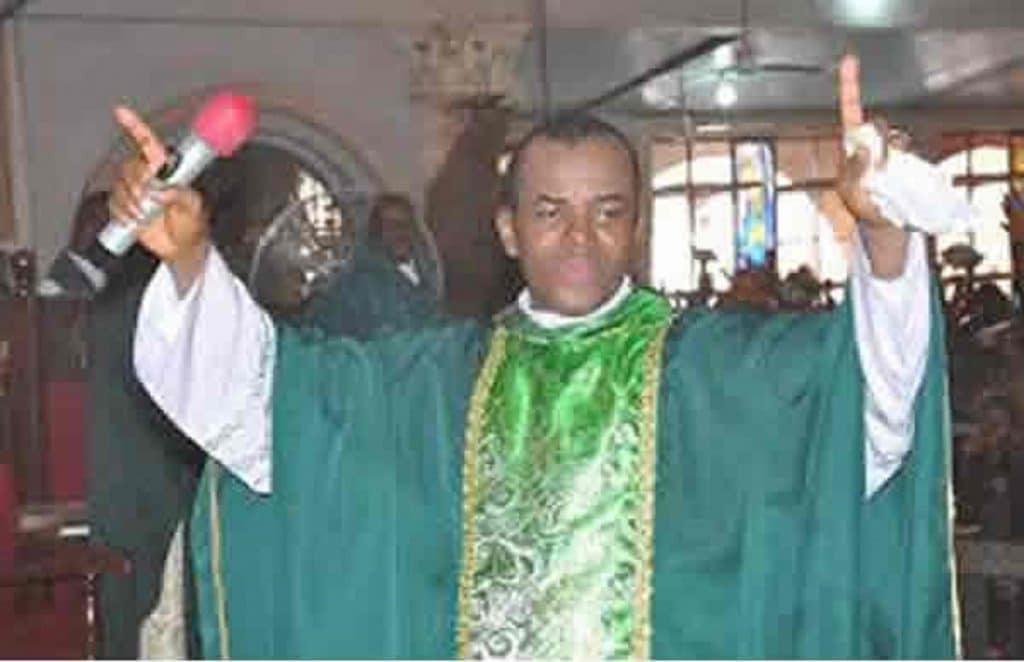 Father Mbaka
Following calls by the spiritual Director of Adoration Ministry, Enugu, Father Ejike Mbaka asking President Muhammadu Buhari to resign or be impeached, Nigerians and some groups have been reacting.
Recall that the cleric, who publicly supported the candidature of President Buhari in the build-up to the 2015 elections, said “God is angry with the president.”
Speaking at the Adoration Ministry in Enugu, Mbaka had said; “I know people will say, Mbaka did you not pray for Buhari, did Samuel not anoint Saul? What are you talking about? Am I the creator of Buhari? God created him, Nigerians trusted him because he has done well some time ago but now, how can people just be dying?
“God will ask Nigerians: Nigerians why are you crying? We are crying because our leaders have failed us woefully. If it is in a civilised country, by now, President Buhari will resign. Quote me anywhere and let the whole world hear it. By now, with what is happening, President Buhari should honourably resign.
“We are crying because we don’t have a shepherd. All those that will fight what I am saying now will eventually suffer the rot. If you can’t do it, either you resign or you be changed. A good coach cannot watch his team defeated when he has players sitting watching on the bench. Either Buhari resigns by himself or he will be impeached.”
Turning to lawmakers, the cleric said: “If the members of these two houses do not want to impeach him and they want to begin to fight Father Mbaka, something worse than what they ever imagined will happen to the members of the Senate and members of the House of Representatives. Disaster is coming.”
Curiously, Father Mbaka also blessed the leader of the Indigenous People of Biafra, Nnamdi Kanu “for championing the cause of his people.”
He spoke highly of Kanu whose group has been proscribed and labelled a terrorist organisation by the federal government.
“Up till today, I don’t know who Nnamdi Kanu is. I have never seen him face to face. Look at my hand on the altar. But I want to tell you something. Wherever he is, may God bless him. Because if somebody has risen to shout that his brothers are suffering, is it a crime? May the lord bless his courage,” Mbaka said.
The Pan Yoruba Sociocultural organisation, Afenifere, yesterday backed the call for the resignation of Buhari over rising insecurity in the country.
Reacting, leader of Afenifere group, Pa Ayo Adebanjo in a chat with Daily Trust said the president should have long resigned, noting that the country was collapsing under his watch.
“Young officers are being killed on a daily basis. He should have gone since; he is just doing things that will make the country to break. He should go. Law and order have broken down. It is only God that can save us from Buhari now.”
Top Stories