The gunmen, who were alleged to be Nnamdi Kanu's Eastern Security Network members, razed down the police station. 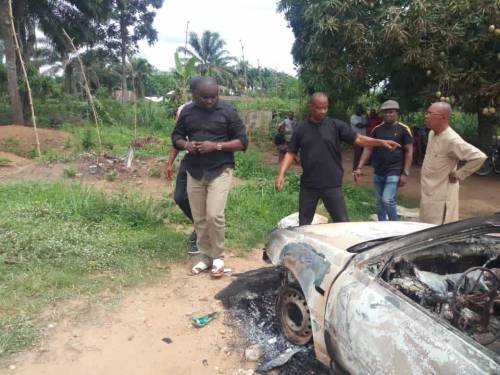 A source, who spoke with SaharaReporters, said the incident occurred at 3am.

The gunmen, who were alleged to be Nnamdi Kanu's Eastern Security Network members, razed down the police station.

The source also stated that a policewoman sustained an injury in the attack while five vehicles were burnt and a flag was stolen. 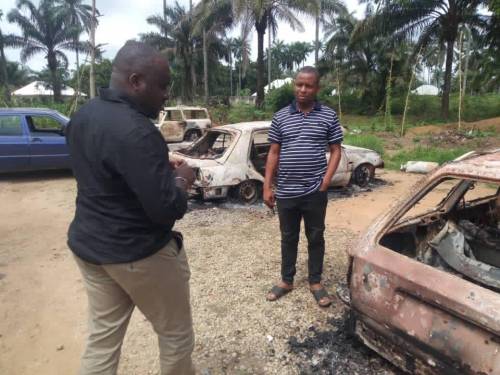 He said: "Police Divisional Headquarters at Ibiaku Ntok Opo, Ikono LGA of Akwa-Ibom State has been attacked and razed at about 3 am today. Two policemen have been confirmed killed. A policewoman was injured, five vehicles burnt and a flag stolen. ESN/IPOB carried out the attack."

This comes barely three days after a female police officer was shot dead by some gunmen in the Ika Local Government Area of the state.

The police spokesperson in the state, Odiko MacDon, confirmed the killing.

She was killed alongside a special police constabulary, Isonuyo Paul. 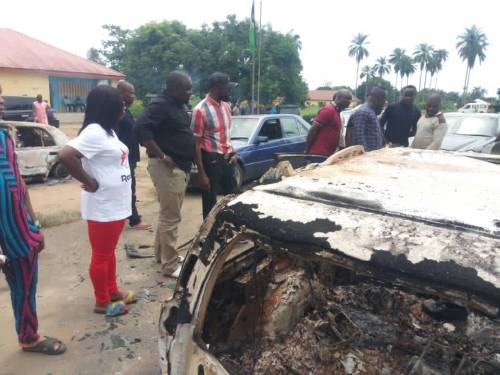