A man has taken the bold step by proposing to his white girlfriend on her birthday before family and friends. 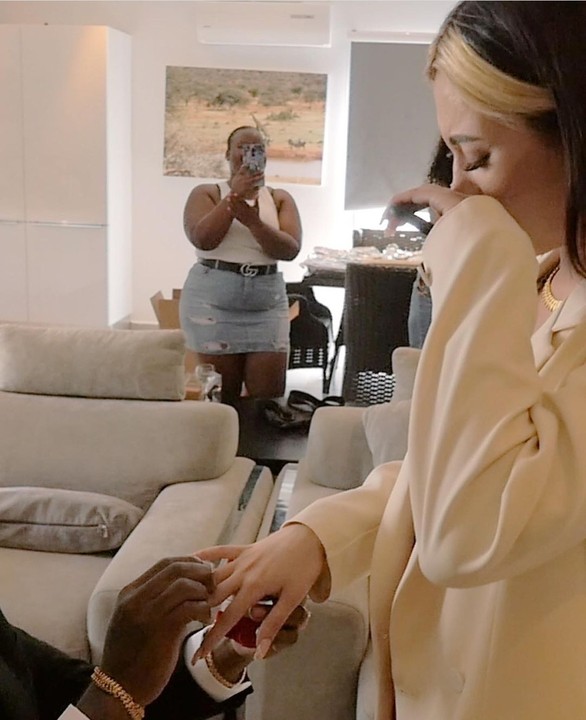 Son will wire proposed to his white girlfriend
A Nigerian man "Son Will Wire" also known as "ATM" has left his white girlfriend speechless after proposing on her birthday.
According to reports, Son Will Wire's white girlfriend, Monalisa happened to be celebrating her birthday today and few friends came over to celebrate with her on her special day but she didn't know she was getting engaged as well.
The Nigerian big boy during the birthday party went down on one knee with a diamond engagement ring and asked her to marry him. The lady said "Yes" with emotional and teary looks on her face.
Son Will Wire took to their shared Instagram page to share some photos from the birthday party which also ended as an engagement party.
Making the announcement to their 54k followers,
@Chaplate_Monalisa_Chaser a.k.a "Son Will Wire" wrote;
ON HER BIRTHDAY   AND SHE SAID YES. ❤️❤️❤️❤️ 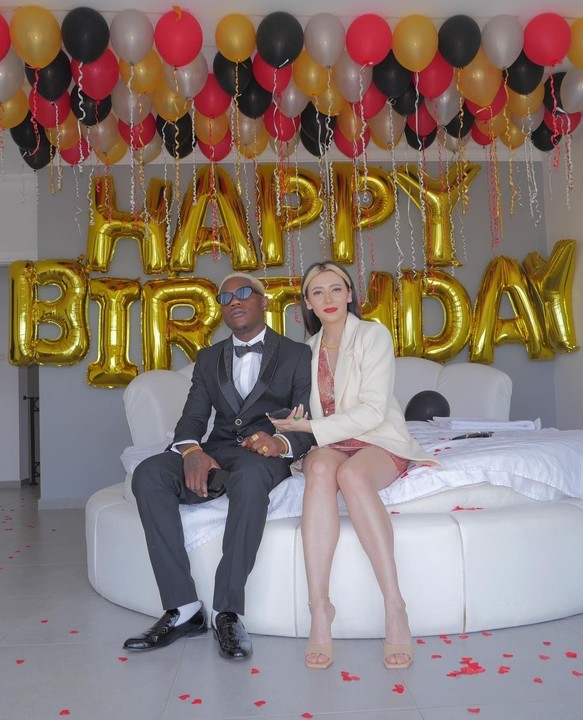 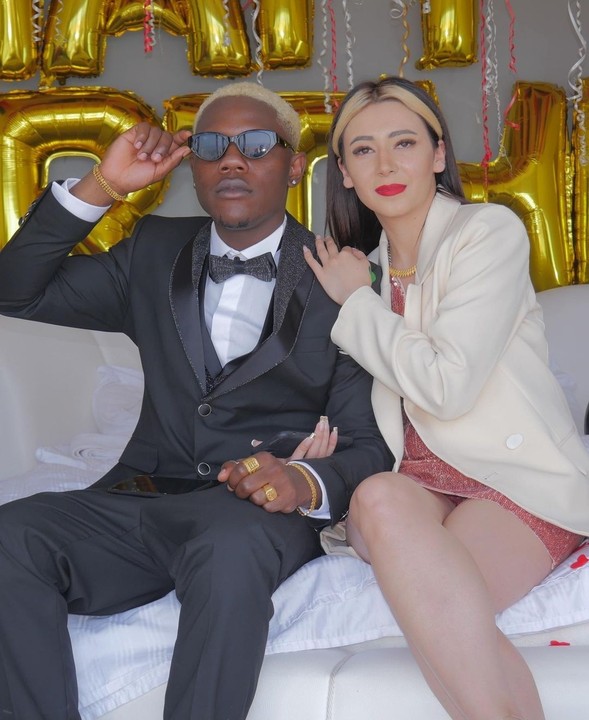 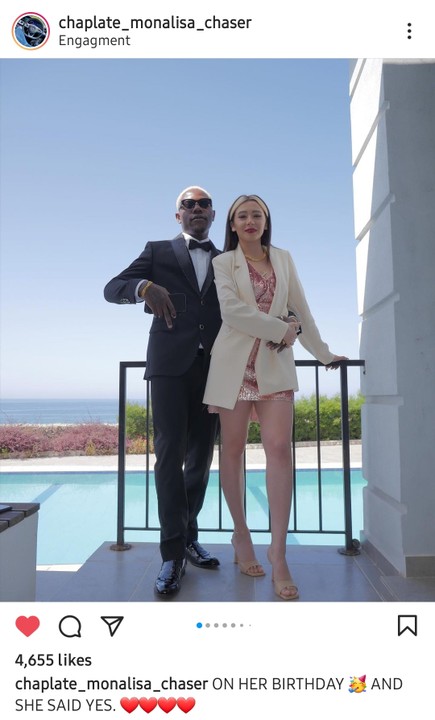