''Don Jazzy Is An Agent Of The Devil And A Demon'' — Politician Seyi Gbangbola Reacts To Rema's Video, B**ty Bounce


The politician attacked Don Jazzy and described him as a demon and an agent of the devil for Rema's video, B*oty bounce. 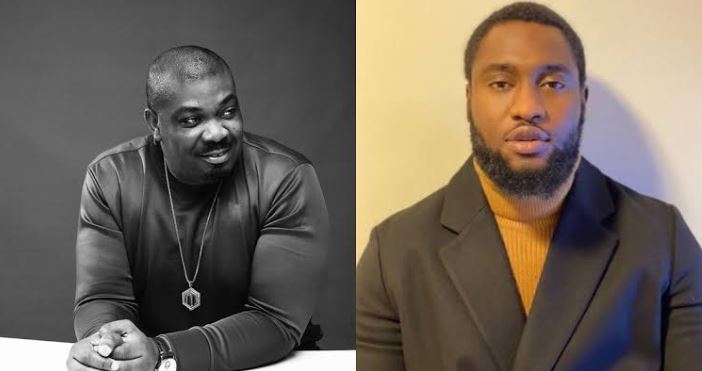 Seyi Gbangola has slammed Mavin Boss and producer, Don Jazzy, saying  he won't be surprised if Nigerian musicians have a pact with the devil to lure souls into his kingdom.

In a post shared on his IG page, Gbangola made particular reference to singer, Rema's song, Booty Bounce, which he found too obscene for a 20-year-old singer.

He attacked Don Jazzy for producing the song for the youngster. A displeased Seyi described Don Jazzy as a ''demon'', and an agent of the devil.

''I know a lot of you don’t like to see posts like this. I’m not worried about you. But maybe there’s someone out there that needs to see this. For the rest of you, you can ignore. I no dey follow you argue!

I’m only concerned for the decaying morals most of you seem to be shinning teeth about.

Because i kukuma no dey fear you. I mean I’m not even saying the world can be perfect in terms of morals. I’m saying today there is a huge dive in the trajectory of moral standards. And every one acts like it’s okay. Like wtf mehn!

My problem is many of you will not accept this behaviours from your own kids or relatives, but if it is someone else’s, it’s fine? That’s hypocrisy with a sprinkle of witchcraft.