It was gathered that the accident occurred while the siblings were travelling to Port Harcourt, Rivers state, to celebrate their mother's birthday. 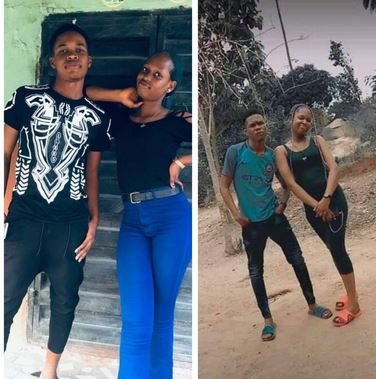 The deceased, Ifeanyi Daniel Iwuanyanwu and his sister, Vera

The lives of  Ifeanyi Daniel Iwuanyanwu, a student of the Federal Polytechnic Nekede, Owerri, and his sister, Vera, has been cut short following a tragic motor accident.

It was gathered that the accident occurred on Monday night, May 2, while the siblings were travelling to Port Harcourt, Rivers state, to celebrate their mother's birthday. Both reportedly died on the spot.

Until his death, Daniel was the general course representative of the Department of Science Laboratory Technology.

The death of the siblings, said to be the only children of their parents, has thrown the entire polytechnic community into mourning.

Friends, classmates and colleagues have taken to Facebook to mourn them.

President of NASTES, Comrade Uzoma Stephen, who confirmed the sad news in a statement on Tuesday, described late Daniel as a kind and gentle soul.

"My heart goes out to the family, entire nastes community fed poly nekede chapter and sias as a whole on the passing of our brother and friend IWUAYANWU IFEANYI DANIEL who was the general course rep nd2 morning, electoral commissioner rep SLT in the 2020/2021 sug election, currently appointed as the commissioner rep SLT in the forth coming 2020/2021 NASTES election until his death," he wrote.

Accept my deepest condolences on the loss. He was a kind and gentle soul. God bless his soul. There are no words to express my sorrow for the loss, may we find comfort in the loving memories we all shared while he was alive. He can only be physically gone but never the life lived and the memories shared. Have faith and be strong may his soul rest in peace.

Everytime you miss him search in your heart, there you can feel him, be with him and embrace him. Daniel will forever be cherished. In our minds, he lives on. May the grace of God fill us with peace as we remember that one day we will be reunited in His kingdom..
You all stay fine and safe.. 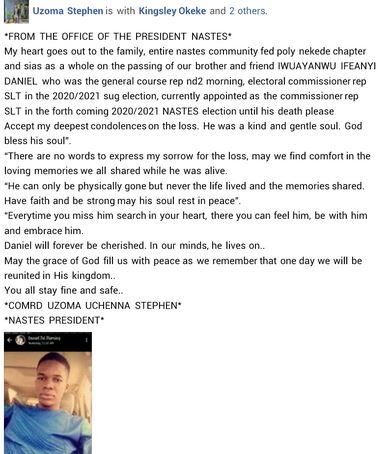 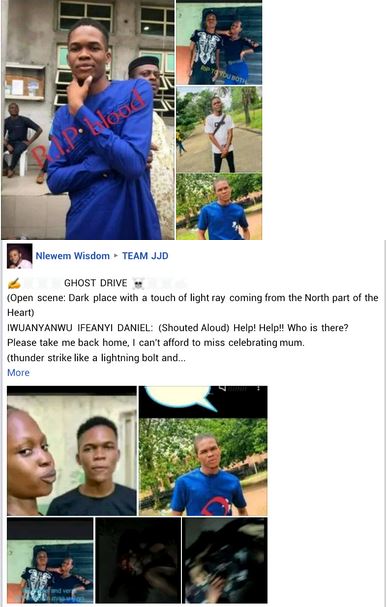 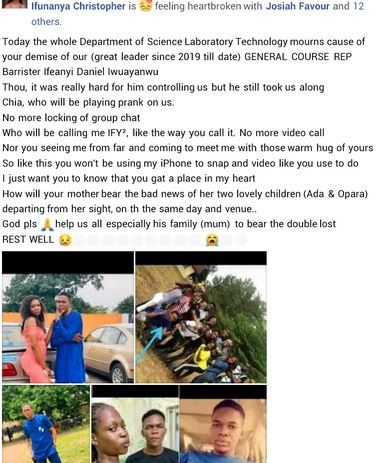