Spokesperson for the parents, Friday Sanni, stated this on Wednesday while featuring on PUNCH Online interview programme, The Roundtable. 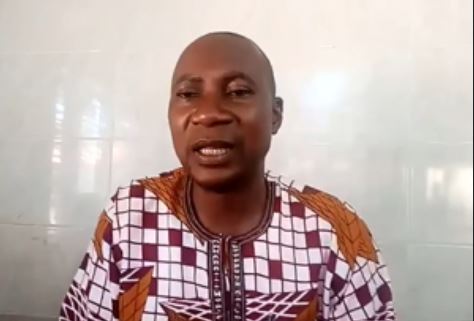 According to a report by The PUNCH, the parents of the kidnapped students of the Federal College of Forestry Mechanisation, Afaka, Kaduna State, say rather than point an accusing finger at Islamic scholar, Ahmad Gumi, of being complicit in the banditry ravaging the country, Nigerians should commend the cleric for his interventions in seeking the release of abducted persons in the country.

They also claimed the government and the security forces know the whereabouts of the bandits and their children but lacked the will power to rescue them from the lair of the kidnappers.

Spokesperson for the parents, Friday Sanni, stated this on Wednesday while featuring on PUNCH Online interview programme, The Roundtable.

The PUNCH had earlier reported that on March 11, 2021, 39 students of the school were kidnapped by bandits in the state. Out of the 39 students, 10 had so far been released, remaining 29 of them.

On Tuesday, the parents protested at the National Assembly, calling on the Federal Government to help them secure the release of their children.

From Zamfara to Niger States, Gumi has been seen hobnobbing with bandits while calling on government to also grant them blanket amnesty. The cleric, who said bandits are fighting an ethnic war, also recently recommended the establishment of special courts to try bandits and kidnappers but many Nigerians have since flayed the cleric of being complicitous with the bandits.

However, speaking Wednesday on The PUNCH programme, the spokesman for the parents of the abducted Afaka students said Gumi should be applauded for his interventions and not lampooned.

Sanni, who has two daughters in the kidnappers’ den, said, “The Honourable Sheikh, we want to commend him. We went to him and when we got to him that day, he actually told us his challenges arising from the fact that the government officials in Kaduna State and some Nigerians are accusing him of having a connection with the bandits which has become one of the hindrances he has as to how to end the banditry.

“He felt that the people that are ravaging the whole place need to be reached to with a message of Islam and he established contact with them and gave them appointment, went to the bush with them and preached to them and then make them to understand that what they are doing is wrong which every well-meaning Nigerian should be able to commend him for that but we are not doing.

“When the incident (kidnapping) took place in some states outside Kaduna, he was able to reach the bandits, talk with them and mediate between them and the families or the state governments and they were able to sort it out.
“But people are asking questions; how did he know where they are? Even you (interviewer) as you are, if you have interest in knowing where the bandits are, you will get to know the place. Remember he made a statement that the government is asking how he knows where they are and he said even the government knows where they are.

“Because this clergy man is coming out to tell Nigerians what is happening in the country, some people develop unnecessary hatred for him and that is why we are where we are because we don’t want to hear the truth.”

Sanni also expressed gratitude to God, saying though the bandits are demanding ransom to free the students, they are still alive. He added that he and other parents recently spoke with their children.

Kaduna has been a hotbed of kidnappers of late as the criminals target schools.

Aside the Afaka abduction, no fewer than 23 students and a member of staff of Greenfield University, Kaduna were also abducted from the school on April 20, 2021. Few days later, five of the students were killed by the bandits.

Though the bandits have demanded N100m ransom to free the other students still in captivity, Governor Nasir El-Rufai, has kicked against it, while also threatening to arrest any parent who pays ransom to the bandits.

But speaking further, Sanni also lambasted the Kaduna State Government, saying the parents preferred to pay ransom to secure their children’s release and have themselves arrested later on.

“The matter is; do we have the government that has the will to end banditry in this country?” he asked, adding that the parents have been emotionally, psychological and mentally imprisoned since the kidnap of their children 56 days ago.