The last birthday party organized for Pastor Dare Adeboye before his sad death has surfaced online. 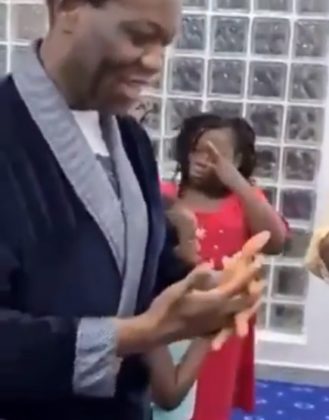 Pastor Dare's last birthday
It has been revealed that Dare Adeboye, son of the General Overseer of the Redeemed Christian Church of God, RCCG celebrated his 42nd birthday just before his sad death.
Dare was reported to have passed on earlier today after going to bed the previous night without waking up the next morning.
Following his death, the video of his 42nd birthday which he never knew was his last surfaced online and has since caused a reason to mourn the loss of Pastor Adeboye’s son even more.
In the video, the excited pastor could be seen celebrating with his family.
Watch the video below: