A man was left fighting for his life after the glass bridge he was walking on shattered. 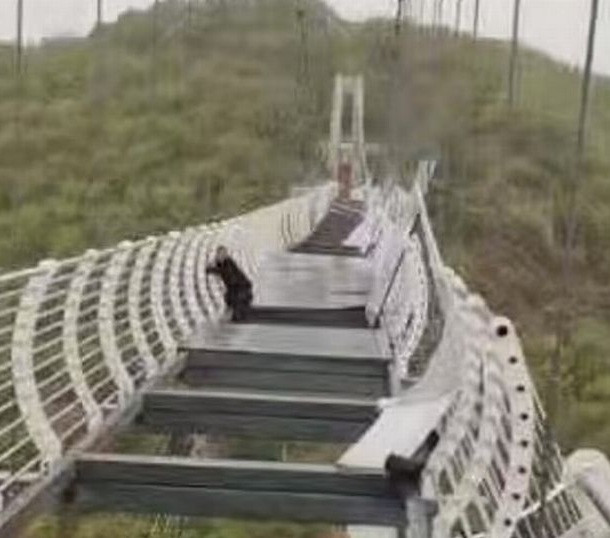 Glass bridge shatters while man was walking on it
A visibly terrified man has been seen dangling 330 feet above the ground after a glass bridge shattered he was walking on shattered.
The walkway located in the Piyan Mountain in the city of Longjing, China, was blown to pieces in howling 90 mile per hour winds.
The glass beneath the male tourist's feet immediately gave way and he nearly fell.
The structure was built with glass panels stretching across the length of the walkway, giving pedestrians a heart-stopping view of the scenes below.
However, the glass panels flew off the bridge in high winds while the man was halfway across the crossing.
It took emergency services to rescue him from the spot where he was hanging 330ft above ground.
The Straits Times reports: "Under the joint rescue efforts of firefighters, police, and forestry and tourism personnel, the male tourist successfully crawled to safety at 1.20pm.
"He has been taken to a hospital and is receiving psychological counselling."
A photo of the man hanging for dear life circulated across Chinese social media site Sina Weibo, drawing attention and commentary, with people saying it is their worst fear.
One wrote: "This is basically one of my anxiety dreams played out in the real world." 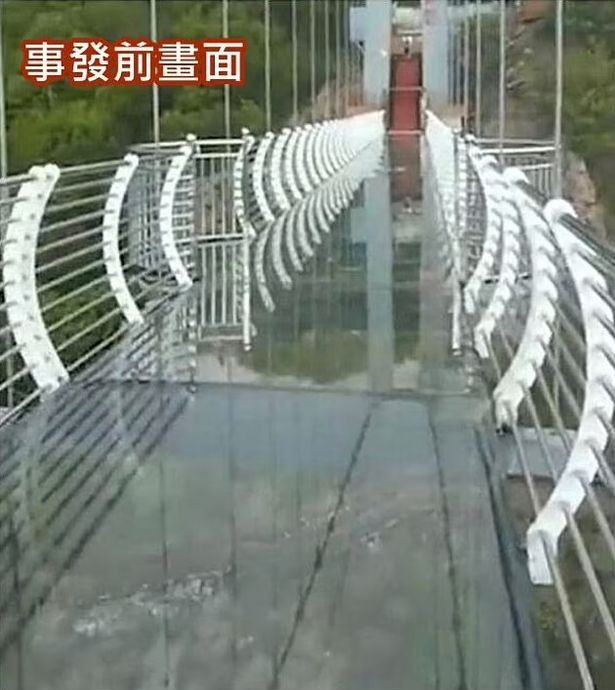