The actress shared the messages to thank those who stood by her during her trying times. 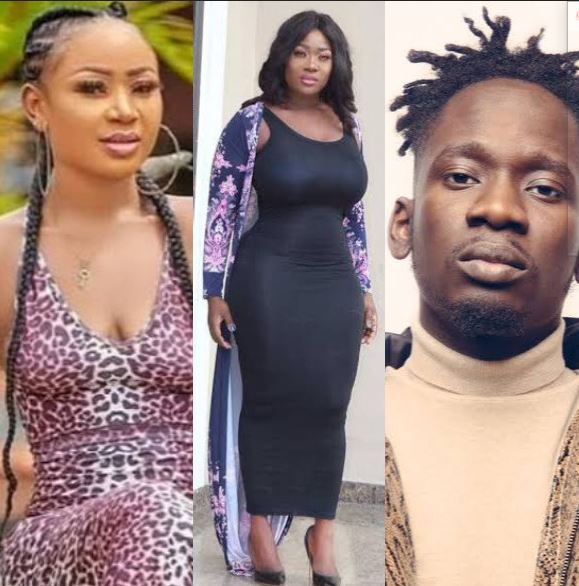 Popular Ghanaian actress, Akuapem Poloo, who was sent to jail after she posted an obscene photo of her son took to Instagram to share screenshots of the messages she received from Nigerian celebrities after she was convicted.

She shared the messages to thank those who stood by her during her moment of trial.

Nigerian actress, Mercy Johnson, sent her a message, asking how she could help her.

Singer, Mr Eazi also sent a message, telling her that he wants to get her a new lawyer to better handle her case.

Akuapem thanked Mercy and Eazi for their support.

See the messages below; 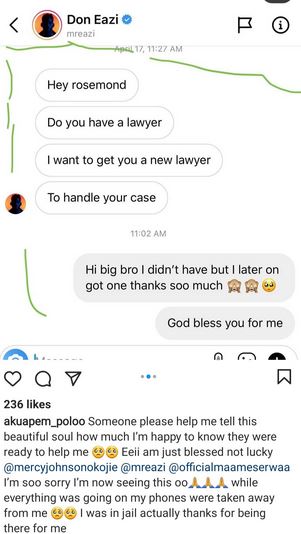 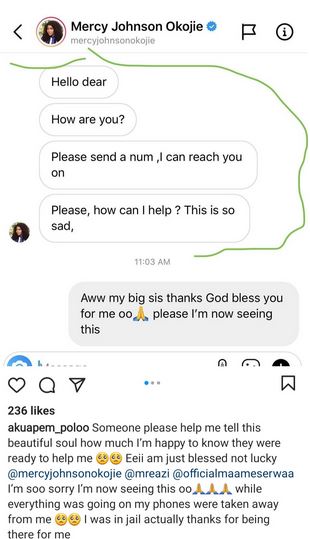