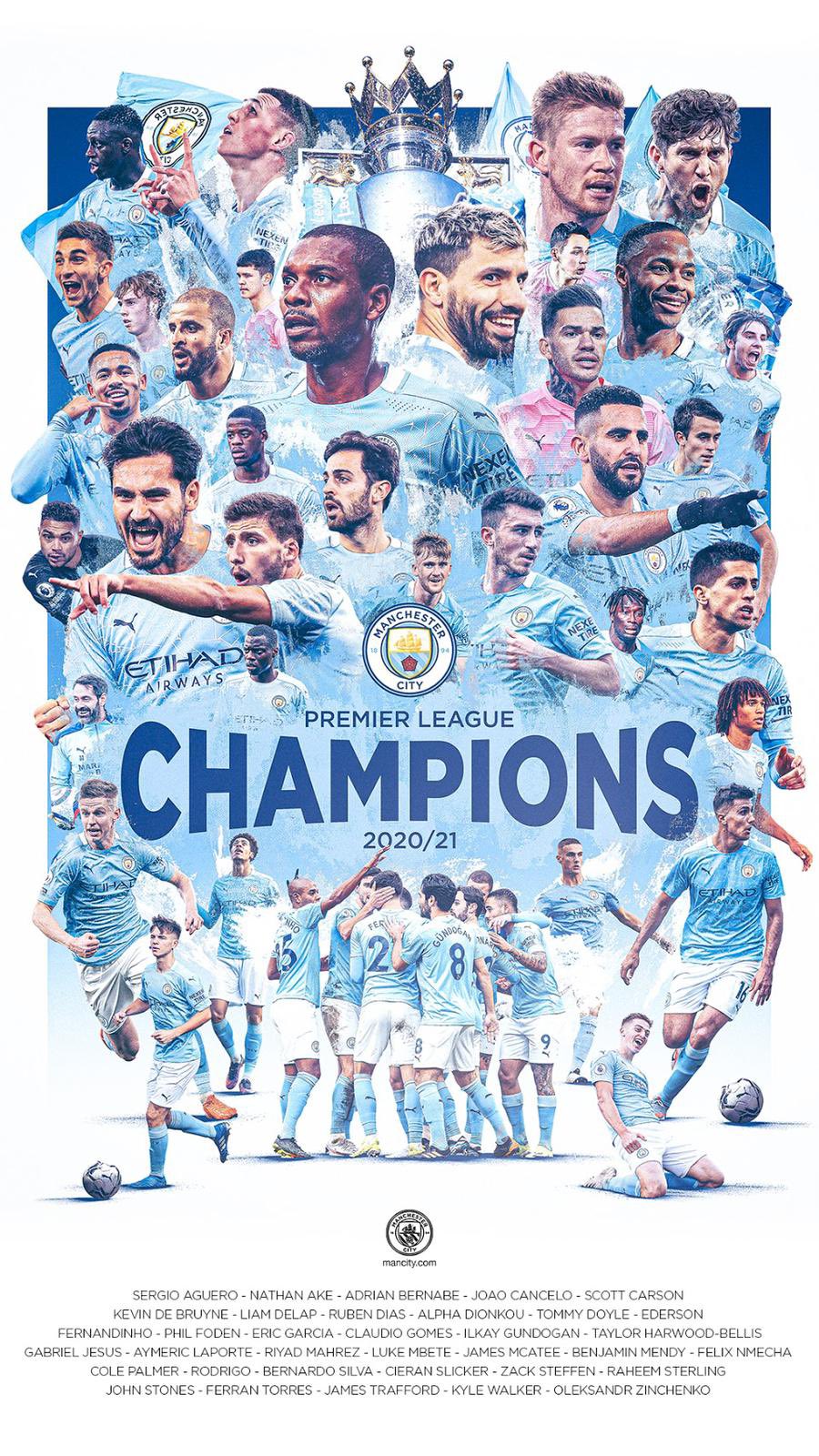 Manchester City
Manchester City are the new Premier League champions.
This means they are champions for the third time in four seasons.
The new champion of England was crowned after Leicester City secured their first Old Trafford victory over Manchester United since 1998 to take a major step towards a place in next season's Champions League.
Defeat for United means they are 10 points behind City with only three games remaining.
Caglar Soyuncu's far-post header was enough to bring a smile to Brendan Rodgers' face and that of Pep Guardiola, whose dominance of the English game is increasing.
A United side showing 10 changes to the team that won at Aston Villa two days previously battled hard, with Mason Greenwood levelling after fellow 19-year-old Luke Thomas had put the visitors in front with a fantastic far-post volley into the top corner.
Ironically, Leicester's winner came from a corner that was delayed by the introduction of two United substitutes by manager Ole Gunnar Solskjaer.
One of them, Marcus Rashford, was initially marking Soyuncu at the corner but lost the Turkey international in the build-up and Nemanja Matic was unable to repel the goal threat.
The result brought to an end United's 14-match unbeaten run in the league, since the home defeat by Sheffield United on 27 January.
Rodgers' side now only require four points from their final two games to secure a top-four finish, although before that quest resumes, they will attempt to win the FA Cup for the first time in the club's history against Chelsea at Wembley on Saturday.
Top Stories