Security operatives have arrested some vendors in Imo state for selling newspapers with IPOB news. 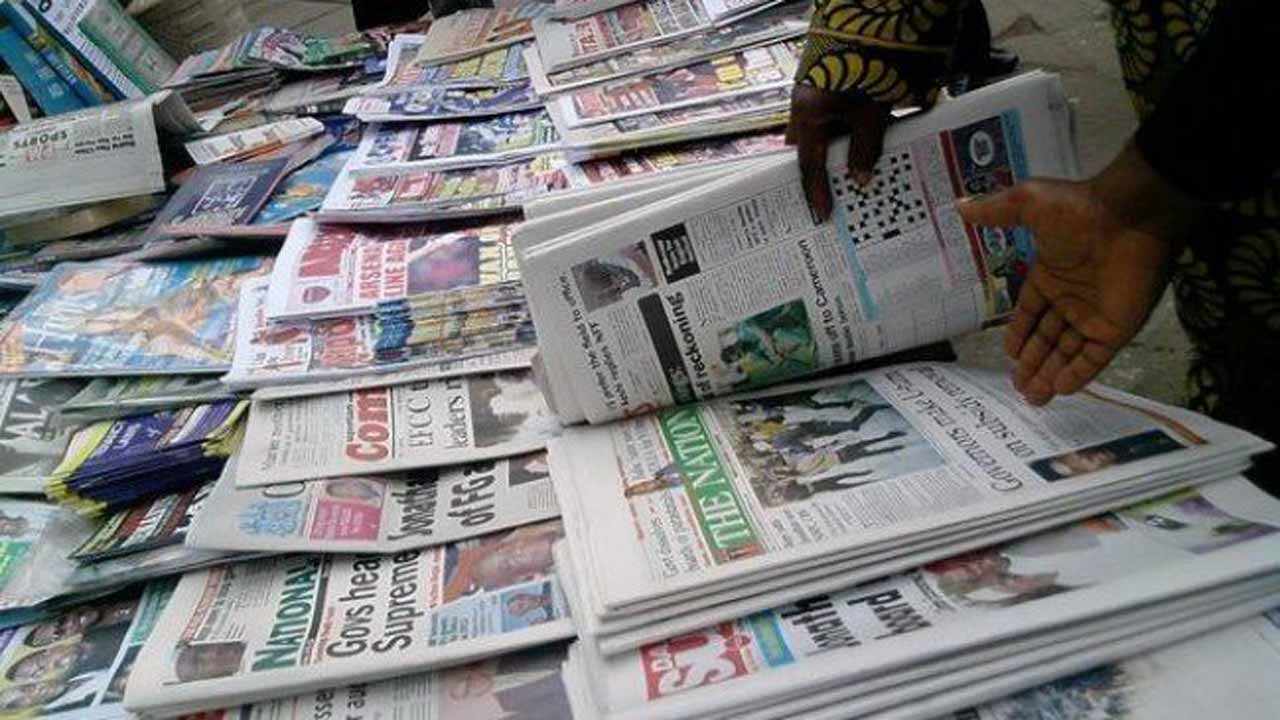 Newspaper
Newspaper vendors have protested in Imo state over arrest of their members by security operatives.
The vendors in the 27 councils of Imo State, yesterday, commenced an indefinite strike, accusing police of incessant harassment, arrest, detention and torture of their members.
They alleged that security operatives of the Intelligence Response Team (IRT) set up by the Inspector General of Police (IGP) detained some of their members for over seven days for selling newspapers containing activities of the Indigenous People of Biafra.
The Inspector General of Police (IG) Intelligent Response Team (IRT) had on Monday arrested five newspaper vendors in Owerri, Imo State, Nigeria’s South-east, for allegedly promoting activities of the proscribed Indigenous People of Biafra (IPOB).
When contacted, the Commissioner of Police in Imo State, Abutu Yaro, confirmed the arrest but said the operatives were not from his command.
One of the arrested vendors, Onyebuchi Iwundu, told the News Agency of Nigeria (NAN) at a police station that the IRT operatives arrested them at Rotibi Street, a popular newspaper circulation street, off Douglas Road in the early hours of Monday.
Mr Iwundu said they were accused of circulating newspapers that promote the activities of IPOB.
He said he and others were manhandled before being taken to the police station for detention.
The vendor said the operatives confiscated their papers and money, adding that they had been warned not to circulate newspapers that promote IPOB activities.
Other vendors arrested have been identified as Isinwa Blessing, Nelson, Micheal and Sakatan.
NAN reported that the circulation manager of New Telegraph newspaper, Chuck Ugwuibe, was arrested on Tuesday at Banana junction Orlu and has been in police custody.
Eastern Security Network, a security arm of IPOB, appears to have a strong presence in Imo.
Top Stories

Why Are Women Comfortable Slut-shaming Each Other Whenever There’s An Altercation? - Juliet Ibrahim Asks