A police officer has found himself in serious trouble for the brutal murder of a 28-year-old graduate. 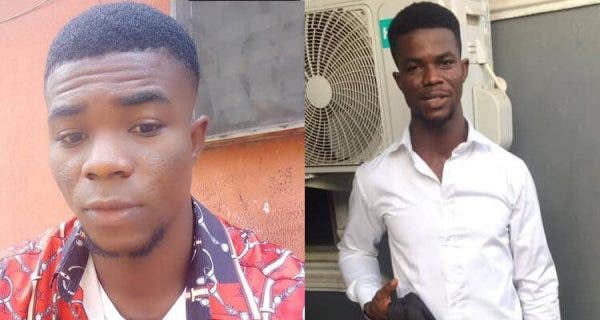 Ogehenetejiri
A trigger-happy police officer who killed a 28-year-old graduate, Ogehenetejiri Omiragua has been detained.
The killer cop was attached to the Rapid Response Squad in Asaba, the Delta state capital.
It was gathered that the victim, a graduate of Microbiology from the Delta State University, Abraka, was arrested on April 29, 2021, alongside his girlfriend, Favour Michael, in front of a hotel and accused of being a gunrunner.
Ogehenetejiri was said to have been beaten and bundled into a police van and taken to the police station after he refused to admit to owning a gun.
It was learnt that after being subjected to hours of torture, Ogehenetejiri died from the injuries he sustained.
The state Commissioner of Police, Mohammed Ali, revealed that he was aware of the case and that it was under investigation.
The police CP stated that once the autopsy report was released by pathologists at the Delta State General Hospital, Asaba, a full blown investigation would commence.
He said although many policemen were involved, the cop linked directly to the death of the undergraduate was being detained.
Ali gave an assurance that once the autopsy report was out and the detained policeman was indicted, he would be charged.
Top Stories