The decision by the federal government to unveil new security measures for the South-East and South-South has irked social media users. 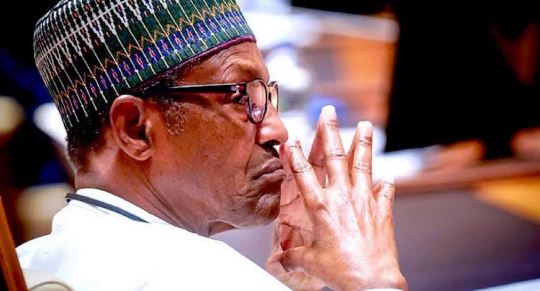 Muhammadu Buhari
Nigerians have condemned the federal government's decision to unveil new security measures for the South-East and South-South only.
Recall that the Inspector-General of Police, Usman Alkali made the decision known at the end of the security meeting President Muhammadu Buhari had with heads of security agencies on Tuesday May 11.
Alkali also revealed that operational tactics will no longer be disclosed. He said;
“We have some measures which we have outlined and have been approved by the council and we will see how we can change the narrative within the quickest possible means to restore law and order and restore peace in that area.
“We solicit all law-abiding citizens to work with us to identify and deal with the situation. That is that; I may not go into the details of how we will do that.”
National Security Adviser, Babagana Monguno who also addressed journalists at the end of the meeting, said he briefed the council on the enablers of crime and the need to find quick responses with a view to mitigating the growing threats to society.
Moguno said;
“On my part, I briefed the council on the enablers of crime and the need to find quick responses with a view to mitigating the growing threats to society.
“These enablers are discussed in detail and Mr President has already given direction on how to deal with them, specifically issues of drug abuse as propellants for crime, how to make the criminal justice system much more effective, as well as looking at issues of unemployment, which of course, the federal executive council had given approval, through previous memos on how to get 100 million people out of poverty.
“Already, the Nigeria Communication Commission (NCC) has been given certain instructions on how to deal with this, but by and by, the council has agreed that the level of insecurity in the country, especially in the last one month, is something that has to be addressed with the immediacy that it requires.
“And at the operational level, of course, the chief of defence staff has been working with the service chiefs and the recommendations they’ve made to the Council are already being handled.
Reacting to the report, a lot of Nigerians questioned the exclusion of the North in the new tactic.
One Lanre wrote, “What of north east and north west ..cows..”
Prince Opeyemi wrote, “It’s almost like the Govt wants to provoke the people into starting another civil war”
One Hendrix wrote, “They want to murder innocent people. They want to get away with evil. They also wanna do bad.”
SKrairo official wrote, “Are they trying to start killing people in the east and west but can’t do anything about the north that breeds Terrorist. Watch them Orchestrate an attack and say it’s IPOB or ODUDUWA.”
Eche Wisi wrote, “Nigerians should appreciate the little efforts our government makes in their redemption course. Rome isn’t built in a day. How the hell can we grow if we keep doubting ourselves and our unity? Patriotism is key. Our government is messed up but we weren’t the first in history to have a fucked up system- we can fix it, but slamming the little efforts they make is absolutely stupid.”
Top Stories