According to the priest, President Buhari is doing nothing about the incessant abduction and killings by bandits in the country. 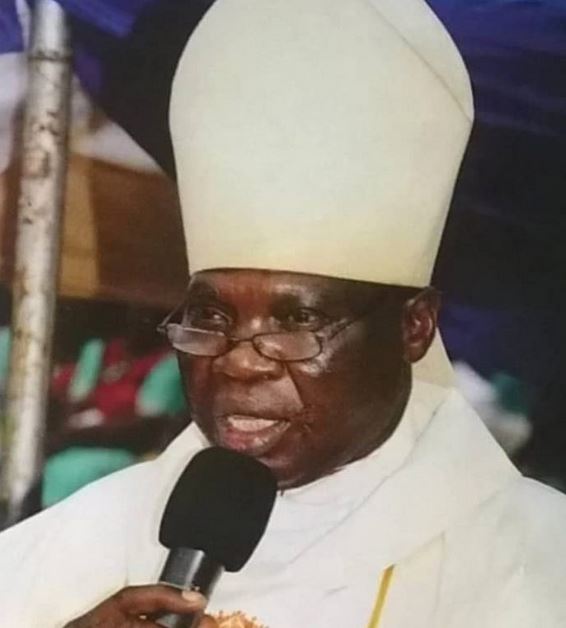 Catholic Archbishop of Kaduna, Most Rev. Matthew Man-Oso Ndagoso, has lamented about the high spate of insecurity in the nation.

Ndagoso speaking to journalists at the 2021 annual Archdiocesan Pastoral council meeting in Kaduna, said in other countries when a killing, loss of property or calamity occurs the president assures and comforts the citizens but in Nigeria 'we have a leader who doesn’t talk, who doesn’t care'.

Ndagoso said: “It is unfortunate we have a leader who is sleeping on duty. For how many months now, every day there is killing and, yet, we don’t hear anything from the Commander-In-Chief. Something is basically wrong. All the things happening in this country has indicated that we are living in a failed state. We need to hear from our president telling us the concrete steps that he is taking to end this insecurity. We don’t want to be hearing from the spokesperson, we did not vote for him; Nigerians didn’t elect the spokesperson.

“Presidents in civilised countries when two or three are killed, you see them appearing and giving people assurance that he is with them, but here in Nigeria, we have a leader who doesn’t talk, who doesn’t care, who doesn’t show any sign of empathy to the people. It is discouraging.”

Ndagoso also called on the federal and Kaduna State governments to rescue victims who are still in kidnappers’ dens, lamenting that a priest, Fr. John has been in captivity for over two years.