A lone goal from Arsenal's Emile Smith Rowe was enough to see the club defeat Chelsea on Wednesday. 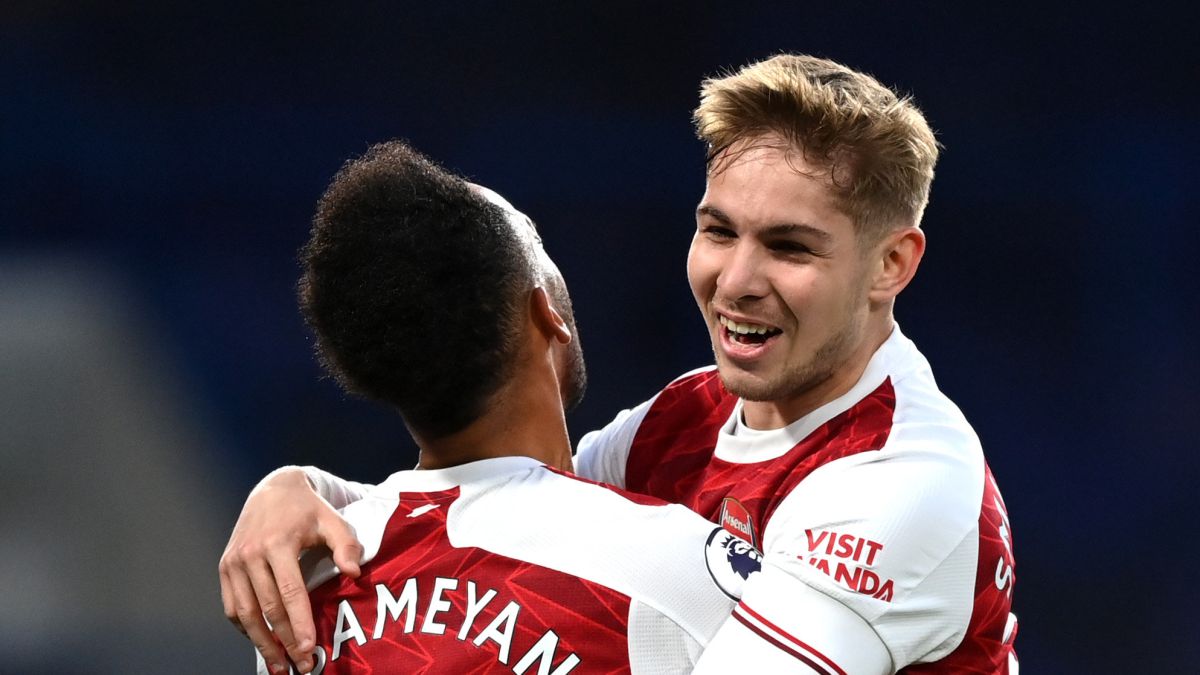 Smith Rowe and Aubameyang celebrating
Arsenal stunned Chelsea at Stamford bridge on Wednesday after Emile Smith Rowe converted from close range.
The one goal was enough to see Arsenal defeat Chelsea on Wednesday.
Emile Smith Rowe scored the first-half goal following a defensive mix-up by the hosts.
The visitors capitalised on a wayward back pass by Chelsea’s Jorginho to goalkeeper Kepa Arrizabalaga who scrambled back to palm it off the line.
The ball fell to Pierre-Emerick Aubameyang who cut it back for Smith Rowe to score in the 16th minute.
Five minutes earlier, Kai Havertz had spurned a glorious chance to put Chelsea ahead when the German dispossessed Arsenal defender Pablo Mari, ran through on goal but fired over when he looked certain to score.
Chelsea, who play Leicester City in the FA Cup final on Saturday and Manchester City in the Champions League final on May 29, dominated the ball but failed break down Arsenal’s organised defensive lines, according to a report by Reuters.
The Blues almost drew level in the 90th minute when Kurt Zouma’s header was tipped onto the crossbar by Bernd Leno and former Gunner Olivier Giroud, on as a sub, volleyed against the bar.
The rare defeat under coach Thomas Tuchel left Chelsea in the last of the Premier League’s four Champions League qualifying spots with two games to play.
They are six points clear of West Ham United who have three matches left and seven ahead of Liverpool who have four games to play.
Arsenal edged up to eighth spot but have played more matches than Everton and Tottenham Hotspur, their main rivals in the hunt for a Europa League spot.
Watch goal below:

Sloppy work by Chelsea's defence gifts Arsenal with the lead going into the break in their London Derby clash.