Nigerian actor, Yomi Fabiyi has leaked a chat in which actress, Iyabo Ojo was apologizing over Baba Ijesha rape saga. 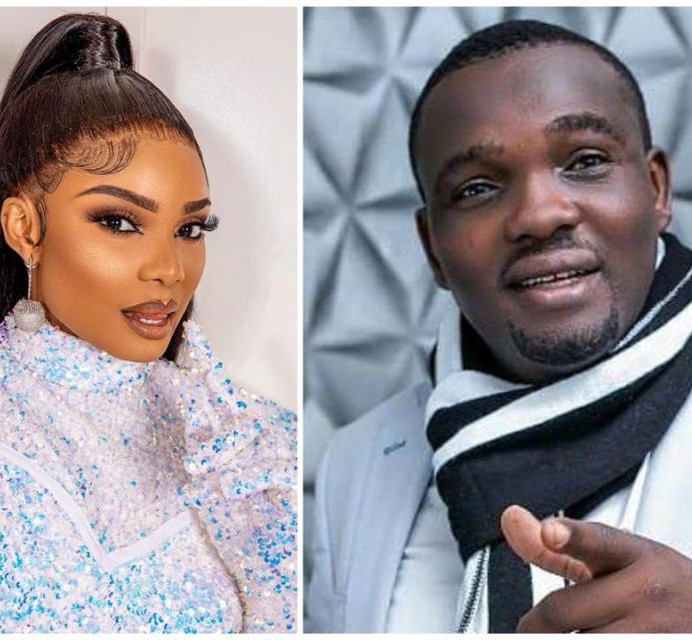 Iyabo Ojo and Fabiyi
A chat in which actress Iyabo Ojo was begging Nigerian actor, Yomi Fabiyi has been leaked.
Fabiyi leaked the private conversation between himself and Iyabo Ojo.
Recall that the duo have been at each other's throat since reports that Baba Ijesha allegedly sexually molested a child. Fabiyi, who has been supportive of Baba Ijesha, described the continuous detention of Baba Ijesha as “illegal”.
He had accused actress, Iyabo Ojo, and comedian, Princess, of promising to ‘Kill Baba Ijesha” if he is released on bail after he was detained for allegedly sexually molesting Princess’ foster daughter.
In response, Iyabo’s lawyers sued him, asked him to retract the statment, apologize, and pay 100 million Naira in damages.
Iyabo’s lawyers said Yomi’s statement is “offensive and vexatious” and demanded a retraction, an apology, and payment of damages.
They added that Yomi’s allegation has caused Iyabo Ojo, her family, and business associates “trauma and anxiety”.
To show that he’s unfazed by the suit, he shared a screenshot of Iyabo’s purported WhatsApp message apologizing for exposing him to cyberbullying.
He said that’s he has evidence that she admitted to cyberbullying him.
He added that he’s making a great effort to restrain himself from hitting Iyabo. He also said that if he catches her, she will “see craze.”
Sharing the above image, he wrote;
Na jeje I seat down, you jumped on my harmless post and subjected me to CYBER BULLYING which you Iyabo confessed to and invariably apologised.
You didn’t serve me letter(ADR) but posted on social media. I realised some of your fans don’t know the meaning and most likely you too.
Iyabo, I care so much about you and I am having restraint not to hit you since, if I fight you, as in tin ba gba e mu, you gonna see craze . Don’t let anyone push you, they don’t know where we both coming from. If you press too much I will turn, all jazz and asasi from wherever no kuku work, you should know I be AKANDA. I AM A COMBINATION OF a woman and a man. I don’t want to come for you.
Go and see how you can help Princess with the imminent criminal charges coming to her when the court resume.
Iyabo stop now, don’t cross the RED LINE. Use your money to eat and buy your tiktok costume. 100 kobo una no go see. Go and equip yourself with law and human rights, don’t think you can crush one activities to become one activities Ko jor.
I remain OKO IYABO.
Yomi Fabiyi. 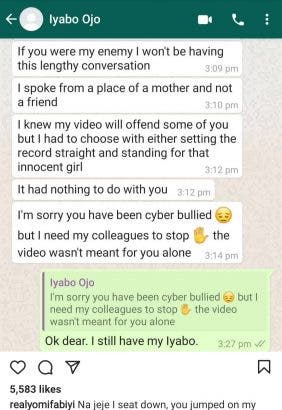