According to reports, Akpan on spotting Ephraim last night while walking down the street allegedly knocked him down with an unregistered Lexus car. 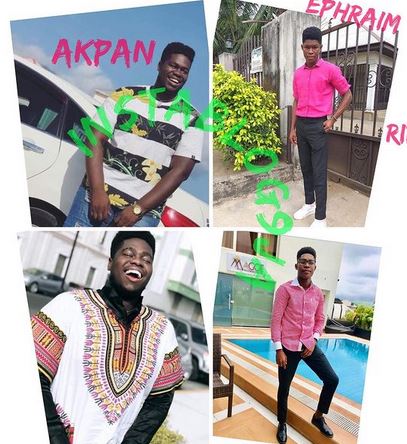 The life of a young man identified as Ephraim Edet Okon George has been cut short by his friend, AkpanIko Okon who ran him over with a car over N30k debt.

According to reports, the incident happened in Gibbs Street, Uyo, Akwa Ibom on Wednesday, May 12, 2021.

It is reported that the suspect who was deported from abroad on account of criminality, was owing the deceased N30k and had threatened to kill him if he ever asked for the money.

The report states that Akpan on spotting Ephraim last night while walking down the street, allegedly knocked him down with an unregistered Lexus car.

The victim was rushed to the hospital by good Samaritans while Akpan in the company of armed men suspected to the officers of the Nigerian police, visited the hospital and carted away the only eye witness.

Prior to his planned execution, Akpan has been threatening Ephraim that he’ll kill him if he asked for the said debt after all he has influencial members in their church and an uncle who is a judge that will help to trash out the case,” a source said. 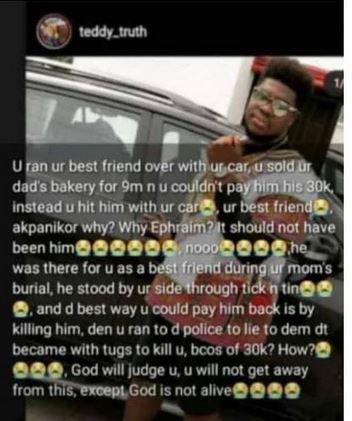 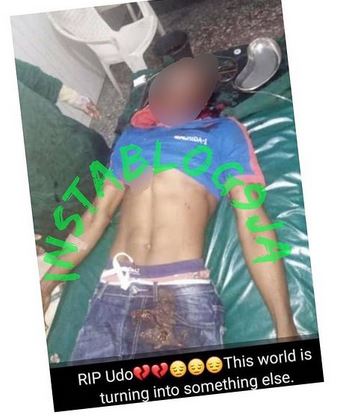