The Ministry of Education, JAMB, NIMC have been ordered to review its NIN policy. 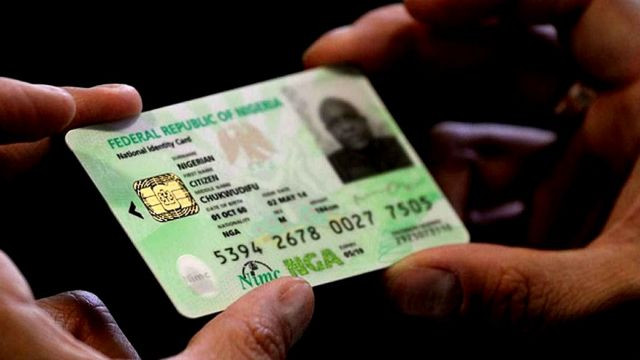 NIN
An order has been given by the Senate, on Tuesday mandating the Ministry of Education, the Joint Admission and Matriculation Board (JAMB) and the National Identity Management Commission (NIMC) to review its National Identity Number (NIN) policy.
The senate also used the opportunity to suggest an extension of the JAMB registration deadline or suspension of the NIN requirement for prospective students until there is a seamless and well-organised process for obtaining it.
This resolution was sequel to a Point of Order raised by Sen. Ifeanyi Ubah (YPP-Anambra) during plenary.
The motion is titled “The need to address the untold hardship caused by the introduction of NIN as a compulsory requirement for JAMB registration”.
Another resolution of the upper chamber was a mandate on the Ministry of Education and NIMC to introduce and streamline a simple and decentralised NIN registration process where students would be able to obtain their NIN in their various accredited school premises.
Recall that JAMB recently made NIN mandatory for students seeking admission into universities of their choice.
Raising Orders 42 and 52 of the Senate Standing Rules, Ubah, while noting the untold hardship the policy has generated for students, said the action ”is inconsiderate and a premature decision”.
He said, “For JAMB to include NIN as a precondition for registration of UTME candidates in 2021 is inconsiderate.
”This action is an inconsiderate and premature decision that has further complicated the already rigorous process of both registering for JAMB examination and procuring the NIN.
“JAMB initially attempted to start the implementation of this policy in 2020/but had to postpone it owing to technical problems and irregularities bedevilling the process of obtaining NIN from NIMC.
”From all indications, these technical hitches are yet to be addressed; the long queues at NIMC centres are a testimony to the fact that a well-organised process is yet to be put in place to ease the stressful process of registration.
“The board (JAMB) already has enough logistical and technical problems to tackle.”
Ubah further said adding more complications was counterproductive and would serve as a hindrance to young Nigerians desirous of getting into higher institutions to further their education.
Seconding the motion, Sen. Uche Ekwunife (PDP-Anambra) said it was a very straightforward motion and apt.
“This has come when we have to show concern for what is happening to students presenting NIN before they are registered for JAMB.
“Mr President, remember that the whole of last year was taken over by COVID-19 and that restricted a lot of movement and it made it impossible for many students to have access to NIN.
“Telling our students now that they cannot register for WAEC and GCE because they do not have NIN is actually very insensitive on the part of JAMB and NECO.
“Mr President, I want to state very clearly that the awareness of NIN has not been felt. There is no public enlightenment. Many people don’t even understand what NIN stands for.
“The awareness has not been taken to the grassroots; the enlightenment has not been taken to schools; it has not been taken to universities and tertiary institutions.
“Therefore, many children and many students don’t even know the need for them to have the NIN. They don’t even know that the NIN is a requirement for them to participate in NECO and GCE.
“Schools should not make NIN a requirement for participation in any examination,” Ekwunife said.
The senators unanimously adopted the resolutions after a Voice Vote by the President of the Senate, Ahmad Lawan.
Top Stories