Nigeria's Chief Justice of Nigeria has begged striking judiciary workers to call off its industrial action. 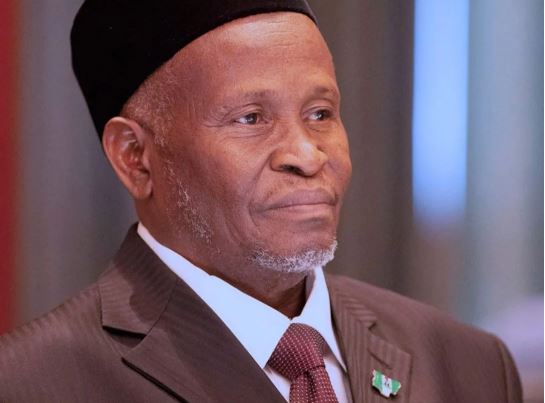 CJN, Tanko Muhammad
Striking judiciary workers have been urged to call off the industrial action.
The Chief Justice of Nigeria CJN, Justice Ibrahim Tanko Muhammad pleaded passionately with the striking judiciary workers in the country to accept federal government offer and call off their indefinite nationwide strike.
Justice Mohammed call followed a meeting held with him by the Minister of Labour and Employment, Chris Ngige on Tuesday at the Supreme Court Complex over the ongoing strike embarked upon by the Judiciary Staff Union of Nigeria (JUSUN) to demand for financial autonomy for the Judiciary in the country.
Upon being briefed by the Minister on the negotiation level so far, the CJN requested the JUSUN to call off the strike in the interest of the nation and the larger interest of justice.
The CJN added that it would also allow opportunity for further negations towards the resolution of the dispute.
Besides, the CJN observed that some of the issues in contention are already sub-judice, as such there is need to give requisite legal process enough opportunity to be exhausted.
The CJN position was contained in a statement by Malam Ahuraka Yusuf Isah, the Senior Special Assistant (on Media) to the CJN.
Top Stories