Drama As Hisbah Arrests 'Couple' For Allegedly Buying Baby For N900,000 In Kano


This was contained in a statement by the board’s Commander-General, Sheikh Harun Ibn-Sina, which was made available to journalists in Kano on Tuesday. 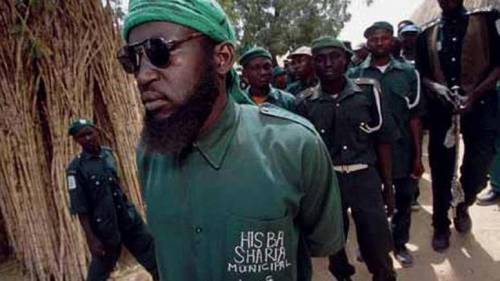 According to a report by The Nation, the Kano State Hisbah Board has arrested a 40-year-old woman, Salomi Jerome, and her supposed husband, Salomi Igina, for allegedly trafficking a newborn child from Delta State.

This was contained in a statement by the board’s Commander-General, Sheikh Harun Ibn-Sina, which was made available to journalists in Kano on Tuesday.

Ibn-Sina said the suspects were apprehended by Hisbah officials attached to motor parks, who suspected a foul play.

“She was accompanied by a man, Salomi Igina, 50, whom she claimed was her husband, which we found out to be untrue.

“She also pretended to be breastfeeding the baby in order to deceive the public that the baby was hers.

“Investigation, however, revealed that the baby was not hers. The baby was bought from a nurse working with a hospital in Asaba, Delta State.”

Ibn-Sina added that the suspects had since been handed over to the police for further investigation.