Following the kidnapping incident that happened in Lekki, residents have been warned to be extra vigilant. 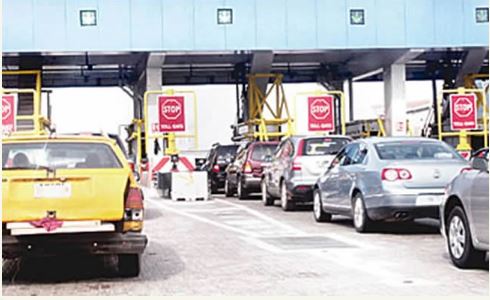 Lekki
Alarm has been raised by the Lekki Estates Residents and Stakeholders Association warning residents to be extra vigilant after kidnappers invaded the area.
According to Punch, LERSA, which is an association of “over 80 estates and communities” in the area, also urged the Lagos State Governor, Babajide Sanwo-Olu, to hasten his planned ban of all passenger motorcycles, especially within the Lekki axis.
This was contained in a statement issued on Wednesday and co-signed by Olorogun Emadoye and Gbemi Adelekan, President and Secretary General of the association respectively.
The statement directed to residents and stakeholders in the Lekki area was titled, ‘Re: Update On The State Of Security Affairs Across The Lekki Corridor’.
The statement read, “The Association has received various calls from residents expressing deep concern on the general insecurity in the Lekki axis.
“While acknowledging the efforts of the Police in trying to maintain peace and security, the Association is calling on the Government and the Security authorities for a broader and stern response to the activities of various criminals in the community and the State in general.
“In the light of the security challenges, we wish to commend the Governor of Lagos State, Mr. Babajide Sanwo-Olu on the planned ban of Okada in the state. We believe that such a policy, if effectively implemented will reduce insecurity to a reasonable extent.
“We also wish to call on the Nigeria Police to declare a total war on people roaming the streets with dangerous weapons to curb the indiscriminate activities of some criminals.
“The Association wishes to admonish residents to take extra precautions against kidnappings following news of deteriorating security in the country.”
LERSA, therefore, advised residents to:
“Be observant, watchful and ensure that you are not being followed. If you suspect strange movement, drive to the nearest Police Station.
“Keep the discussions of your financial dealings away from strangers especially while in public places or while talking on your mobile phones. Always keep a low profile.
“Keep vehicle doors locked and windows rolled up, especially in traffic jams or traffic lights.
“Do not use ATM Machine at remote locations at night to avoid robbers and kidnappers.
“Do not stop to help strangers on the road, especially at night unless you are sure.
“Exercise precaution when walking at night. Do not jog at night, if you can avoid it.
“Ensure that you report any security incident to the Police. Be a friend to the Police.”
The Association also said it would seek audience with the state government and the Lagos State Police Command to discuss the security challenges within the axis.
Meanwhile, the Police Public Relations Officer in the state, Muyiwa Adejobi, has said the Command would issue a statement on the latest happenings within Lekki.
Top Stories