Many people were forced to flee after FMC's two-storey modern Accident and Emergency building under construction collapsed. 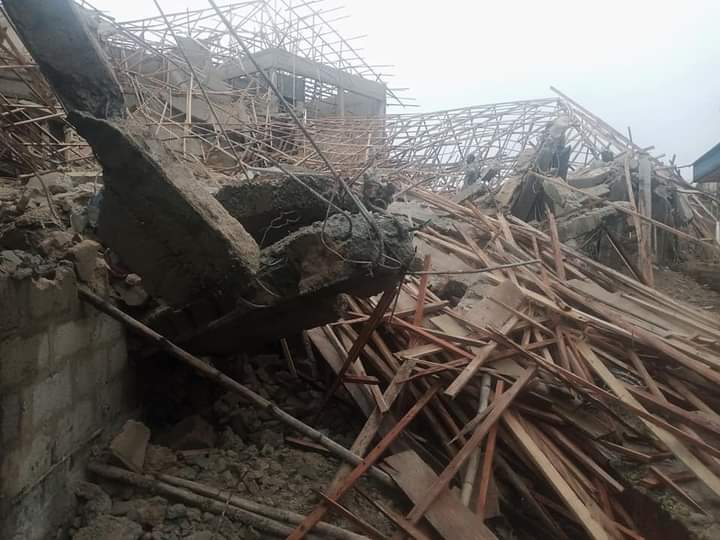 Collapsed building in Abia state
There was panic at the Federal Medical Centre, FMC Umuahia Abia State premises after a two-storey modern Accident and Emergency building under construction collapsed.
According to a report by ABN TV the building collapsed at about 1am on Thursday.
No human casualty was recorded.
Speaking with newsmen on the development Thursday, the Chief Medical Director of the hospital, Prof. Azubuike Onyebuchi expressed gratitude to God that no life was lost at the incident.
He however expressed sadness that at a time when there is a growing economic crisis in the country, such a loss is incurred, maintaining that lean available resources does not accommodate for waste of resources.
According to Prof. Onyebuchi, the contractor handling the modern Accident and Emergency building has not executed similar project in the hospital before.
The project awarded in 2019 was at the plastering stage when the unfortunate incident happened.
He said he is not in a position to give information on the cause of the building collapse, adding that the consultant and the contractor will make available such information subsequently. 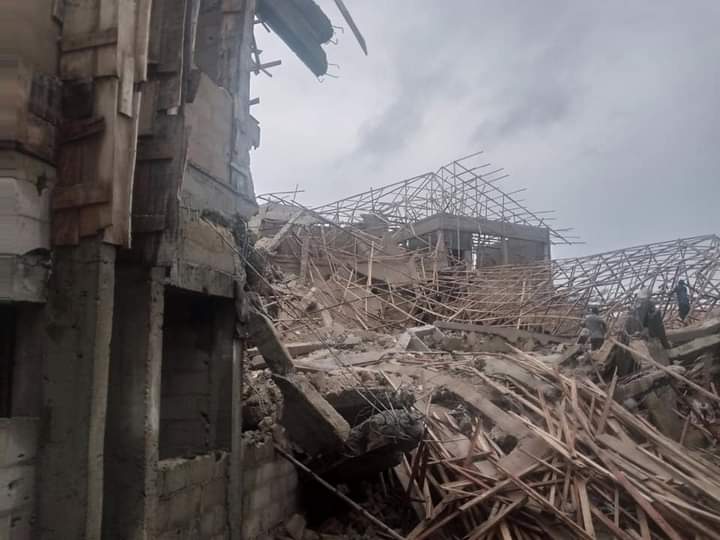 The affected area has since been cordoned off.
"I have a mixed feeling to it. I thank God no life was lost. We have scarce resources in the country at the moment. We should be having value for money.
"So if anything like this has happened, I feel sad that the scarce resources that we have is going this way.
"We are looking at it. It just happened. We are going to have several meetings on this and find out what has gone wrong so that we can prevent that from happening again. We have learnt a lesson from that.
"The building is still under construction and has not been handed over to us. So it's still with the people handling it. Assuming it was handed over to us, then the patients and staff are there, then it collapses and kill people. I thank God no life was lost. We will see and get to the bottom of what has happened" he said.
The contractor and supervisor were yet to arrive the scene of the building collapse as at the moment of this report.
Watch video below:
Top Stories