In a statement issued and signed by Boss Mustapha, the PSC said it will sanction the travellers by disabling their passports for at least one year, while foreigners will have their visas cancelled. 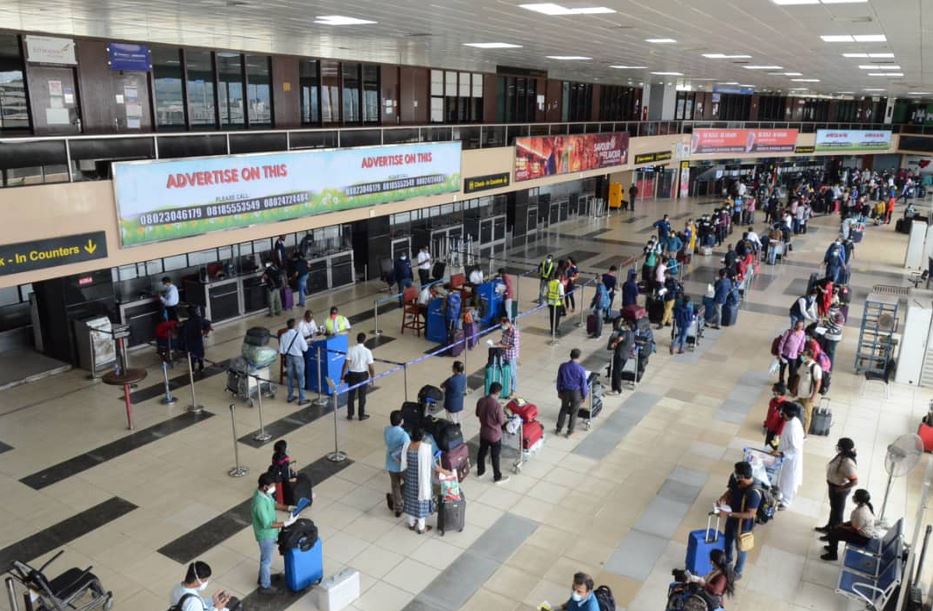 90 travellers have been declared wanted and would be sanctioned by the presidential steering committee (PSC) on COVID-19 for flouting the CoOVID-19 guidelines for passengers arriving Nigeria from selected countries.

The federal government had mandated travellers who arrived Nigeria within 14 days of visiting Brazil, Turkey and India, to embark on isolation.

The directive was given in view of rising cases of COVID-19 infections in the affected countries.

In a statement issued on Sunday and signed by Boss Mustapha, secretary to the government of the federation, the PSC said it will also sanction the travellers by disabling their passports for at least one year, while foreigners will have their visas cancelled.

The affected travellers — who arrived Nigeria from Brazil, India and Turkey between May 8 and May 15 through the airports in Lagos and Abuja — have been mandated to report to the nearest government health facility within the next 48 hours.

“Members of the public are by this notice advised that these persons of interest constitute an immediate health hazard to the society. They must therefore transport themselves safely, to the nearest state public health departments within 48hrs of this notice for immediate evaluation and call the Port Health Services, Federal Ministry of Health on 08036134672 or 08032461990 for further directions,” the statement reads.

“The PSC shall in addition, take further steps to sanction these violators. These steps include: Disabling their travel passports for a period not less than one year; cancelation of visas/ permits of foreigners that have abused our hospitality; and Prosecution under the 2021 Health Protection Regulations.”

The PSC added that a second list of travellers who also violated the COVID-19 protocol will be published soon.