Some men suspected to be internet fraudsters have been arrested by the EFCC in Makurdi. 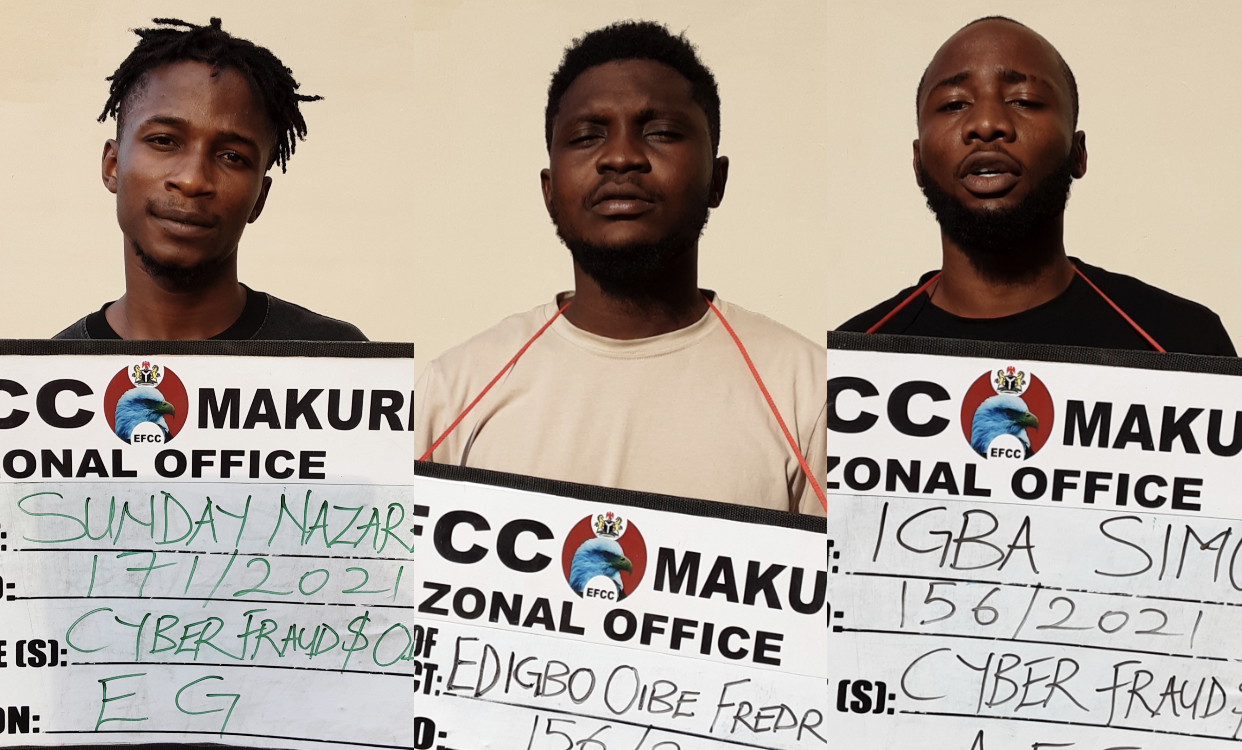 Yahoo boys arrested in Makurdi
Operatives of the Economic and Financial Crimes Commisson have arrested three men suspected to be internet fraudsters.
The suspects were arrested at a popular hotel in Makurdi, Benue State.
According to a statement by Wilson Uwujaren, the EFCC spokesman, the suspects were arrested on 18 May.
The arrest followed credible intelligence on their alleged criminal activities.
The suspects are: Simon Igba, Edigbo Oibe Fredrick, Sunday Nazarethe.
Simon Igba was in possession of a Toyota Corolla car recently acquired and an iPhone X, at the point of arrest.
More iPhones, Macbook Air and Modems, were among items recovered from the remaining suspects.
Uwujaren said the suspected internet fraudsters would soon be charged to court.
Top Stories